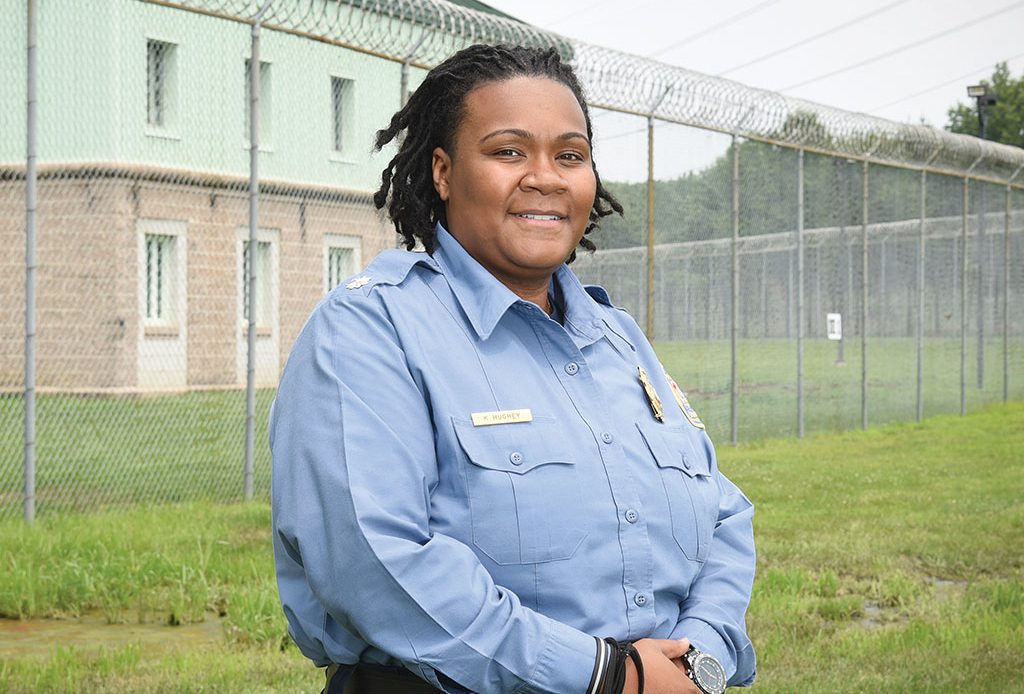 You might not think that schools and prisons share management strategies. Both institutions, however, focus on the development of large groups of people, and both of their populations can benefit from innovation.

Just ask Maj. Kimberly Hughey, who was appointed deputy warden of the Baylor Women’s Correctional Institution in New Castle in March, shortly after she’d earned a Doctor of Education in Organizational Leadership, Learning, and Innovation from Wilmington University.

“My doctoral degree is not something that’s required in criminal justice at all,” says Dr. Hughey, “but it has allowed me to widen my view. In corrections, of course, we have to focus on rehabilitation — there’s not that much room for innovation — but advanced education has helped me expand my approaches and understand the importance of innovative leadership.”

Dr. Hughey’s doctorate followed two other WilmU degrees: a 2017 master’s in Administration of Justice and a 2015 bachelor’s in Criminal Justice. A security superintendent at Baylor Women’s Correctional Institution since 2019, she’s served the Delaware Department of Corrections for 15 years, in each of the state’s four prison facilities, often as a staff trainer and mentor. She’s also consulted with the Delaware Office of Management and Budget on coaching, counseling, and supervision issues.

“Deputy Warden Hughey has demonstrated her leadership abilities and commitment to the DOC mission through hard work, an eagerness to take on additional responsibilities, and a desire to lean into new challenges,” says Delaware Bureau of Prisons Chief Shane Troxler at the time of her promotion.

The bureau’s deputy chief, Paul Shavack, adds, “She has leveraged that significant experience to support safety, security, and programming for correctional staff and our inmate population. We will call upon her to build on that track record of success to meet our public safety and reentry mission.”

As second in command at Delaware’s only women’s prison, Dr. Hughey will collaborate with other correctional administrators to measure and monitor the effectiveness of the facility’s security, clinical and mental health treatment services, and educational and vocational programs.

“You have to go into this field fearless and driven,” says Dr. Hughey. “And one of the things I learned in my WilmU courses that’s prepared me was discipline, that’s for sure. With the small class sizes and the hands-on presentations, you’re both depending on your classmates and depended on by them. So the process is self-guided, start to finish. You can’t stop and say, someone else didn’t do their job. It can really change who you are.”