Gaming Student is No Robot

One of the greatest joys of teaching is watching students blossom as they realize their personal potential. 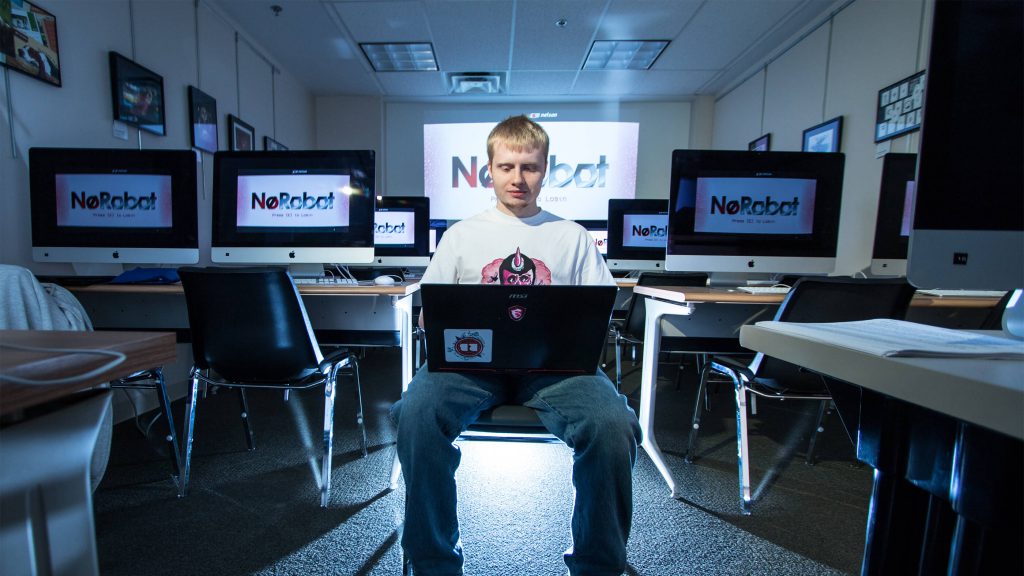 Daulton Nelson, a gaming student, took charge of his education and career path by developing a stellar senior project, and taking the lead developer position on his class team project.

“I could tell he was trying to find his spot, how he could contribute,” says Scott Shaw, chair of Game Design and Development, Video and Motion Graphics, and Maker Certificate Programs.

Nelson attended Cecil Con, a sci-fi, fantasy, anime, and gaming convention held annually at Cecil College in North East, Maryland. He presented his senior project, a game called “No Robot,” in which players activate weapons to deactivate robots that have taken over an area.

“He took feedback from the conference and used it to develop a fully fleshed-out game ready to go to market,” Shaw says.
Nelson also was the leader in developing a team project, a virtual reality simulator used to train pediatric health care providers in the emergency room.

“He went from someone who was very quiet to a polished professional who adds value to projects,” Shaw says. “He took the project across the finish line.”