It was back in 2007 when Shekinah “Kye” Reynolds first realized that beauty contests were about more than physical beauty. 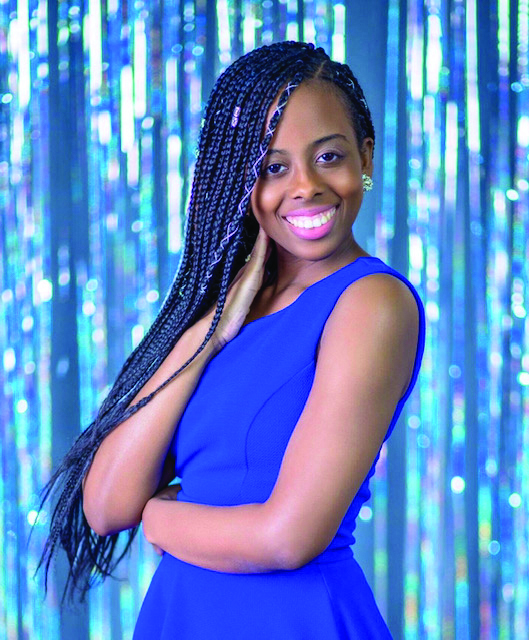 Reynolds was named Miss Delaware North America, a competition that was based on how well contestants had executed a community-related platform. Hers was called the “Know Your Rights” campaign.

Then in seventh grade, she was visiting a friend at the Ronald McDonald House in Wilmington when she saw a former Miss Delaware doing volunteer work there.

Reynolds was already engaged in community service work, collecting donations for hurricane victims and helping out at the Food Bank of Delaware.

“Seeing Miss Delaware there showed me that there is community service and leadership beyond receiving the crown, and community service was something I was already doing,” she says. “That inspired me to combine it with my personal goals and to develop a platform.”

Reynolds went on to enroll at Wilmington University and continued her community involvement, including participating in the Student United Way organization at the University. She received her degree in Criminal Justice last year and is now studying for an MBA, with a concentration in Marketing, while working as an assistant in the University’s Career Services. She is on track to receive her master’s in May.

Inspired by the encounter with Miss Delaware, Reynolds has entered several contests, including the Miss Delaware USA competition in 2017, where she won the non-finalist interview award for having an outgoing personality and being well-spoken.

Last year, she was named Miss Delaware North America, a competition that was based on how well contestants had executed a community-related platform. Hers was called the “Know Your Rights” campaign.

“I want to be a lawyer someday, so I saw this as a wonderful opportunity to teach K–12 students the importance of knowing their rights and finding creative ways to memorize the first 10 amendments,” she says. She visited many schools, and says it “was very exciting.”

“The kids were very enthused to learn and realize the decisions they make today will impact their future,” she says.

Last November, Reynolds married Darryl Smith, Jr., so any future titles she attains will not have the word “Miss” in them, but that doesn’t rule out more pageants, especially since, as she says, her experiences so far have been invaluable.

“Competing in pageants has helped me increase my networking skills, become more confident, remain outgoing and realize giving back truly makes a difference,” she says. “Some people feel that pageantry is just being beautiful and walking off stage, but true queens are also leaders in the community and want to see growth.”