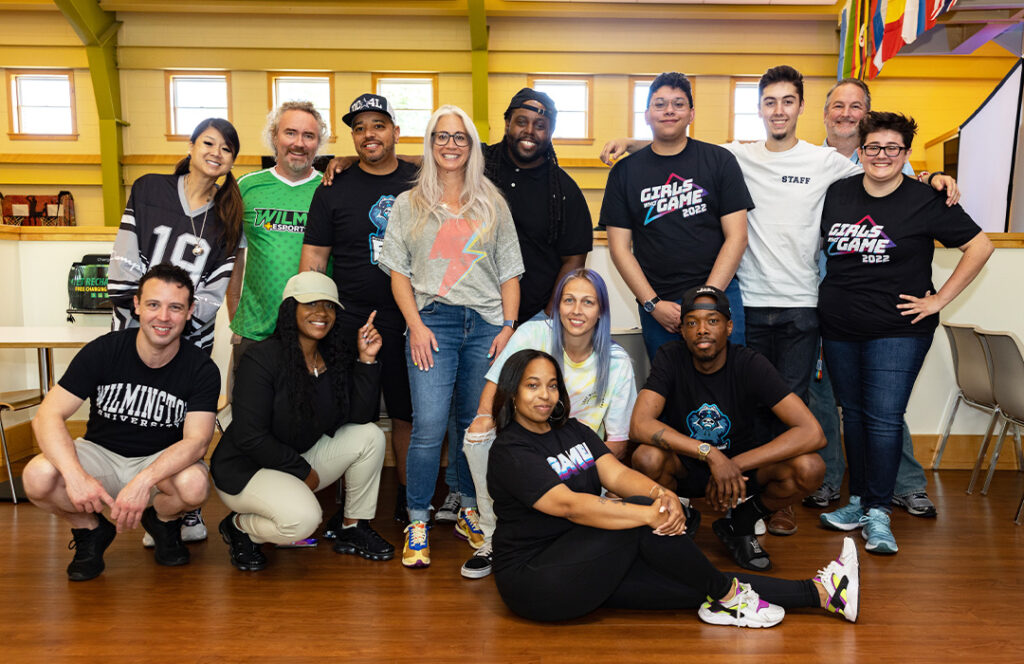 Girls Who Game, an event celebrating girls and women in the gaming industry, took place at the Pratt Student Center on WilmU’s New Castle campus. Over 160 attendees of all ages and skill levels attended either in-person or virtually, some traveling hours to attend in-person while others logged on from different countries around the world. The Esports community came together to participate in non-stop tournament action featuring favorite titles like Super Smash Bros. Ultimate, Rocket League, Fortnite, and Apex Legends. 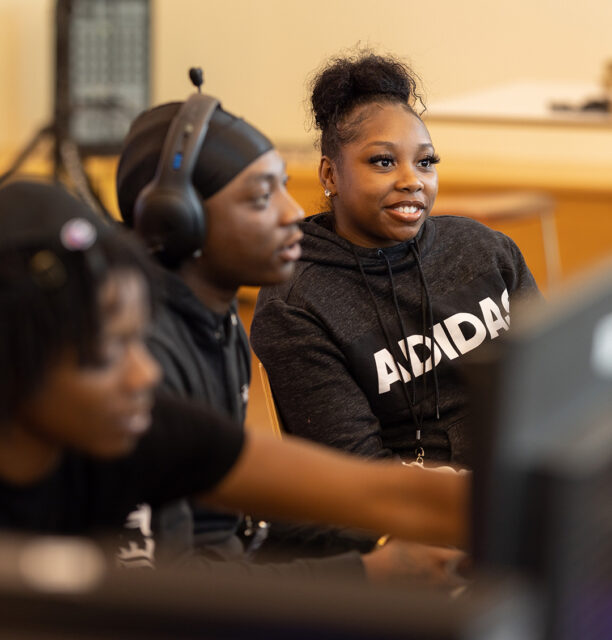 Industry-related panels were held throughout the event, including “Representation Matters: See Yourself as the Hero,” “Detoxify! Stop Harassment Before It Starts,” and “Disrupting Esports Through Your Own Experiences.” Panelists featured women in gaming, including company founders and CEOs, developers, journalists, and fellow Esports gamers.

Besides competing in Esports tournaments and enjoying informative and interactive panels, attendees also had the opportunity to partake in hands-on workshops in Personal Computer (PC) building and video editing and learn more about WilmU’s degree programs, including the B.S. in Game Design and Development.

“WilmU fits very comfortably in my life,” Noah Cedeno explains. Cedeno, who attended the event, grew up passionate about video games and is currently pursuing a degree in Game Design and Development at WilmU. “The flexibility of a lot of the classes here allows for me to work part-time jobs … and balance my contract work as a game developer very effortlessly.”

Girls Who Game is the first of many events that WilmU and FFG plan to co-host, and both organizations are eager to see what the future holds. 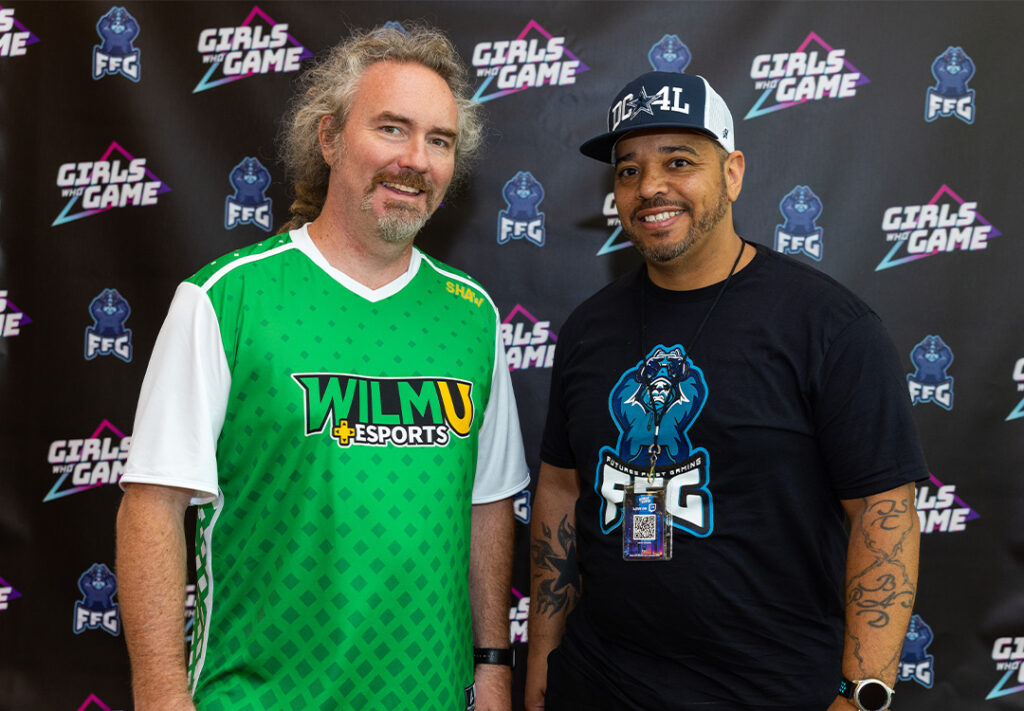 “Girls Who Game was a great way to showcase how the ‘E’ in Esports is really starting to mean ‘Everyone’ instead of ‘Electronic,’” says Scott Shaw, assistant professor and chair of WilmU’s Game Design and Development program. “It was a unique event in that we had both online panels combined with in-person presentations, in addition to the gaming competitions that were held face-to-face and online simultaneously. The partnership between FFG and WilmU enabled that unique offering for competitors and attendees.”

Girls Who Game was a great way to showcase how the ‘E’ in Esports is really starting to mean ‘Everyone’ instead of ‘Electronic.” — Scott Shaw

Stephen Sye, CEO of Futures First Gaming, agrees. “Having the event at Wilmington University provided a great opportunity to showcase how our recently announced partnership can provide opportunities to pursue careers in Esports and technology through an academic career pathway,” Sye says. “We look forward to hosting more events in partnership with WilmU to continue our work to create a pipeline for gamers to pursue their passions and grow the Esports industry in the region.”

To learn more about how WilmU works with Futures First Gaming, visit https://www.futuresfirstgaming.com/wilmu.

WilmU Graduation Class of 2020 and 2021: The Passion to Make a Difference