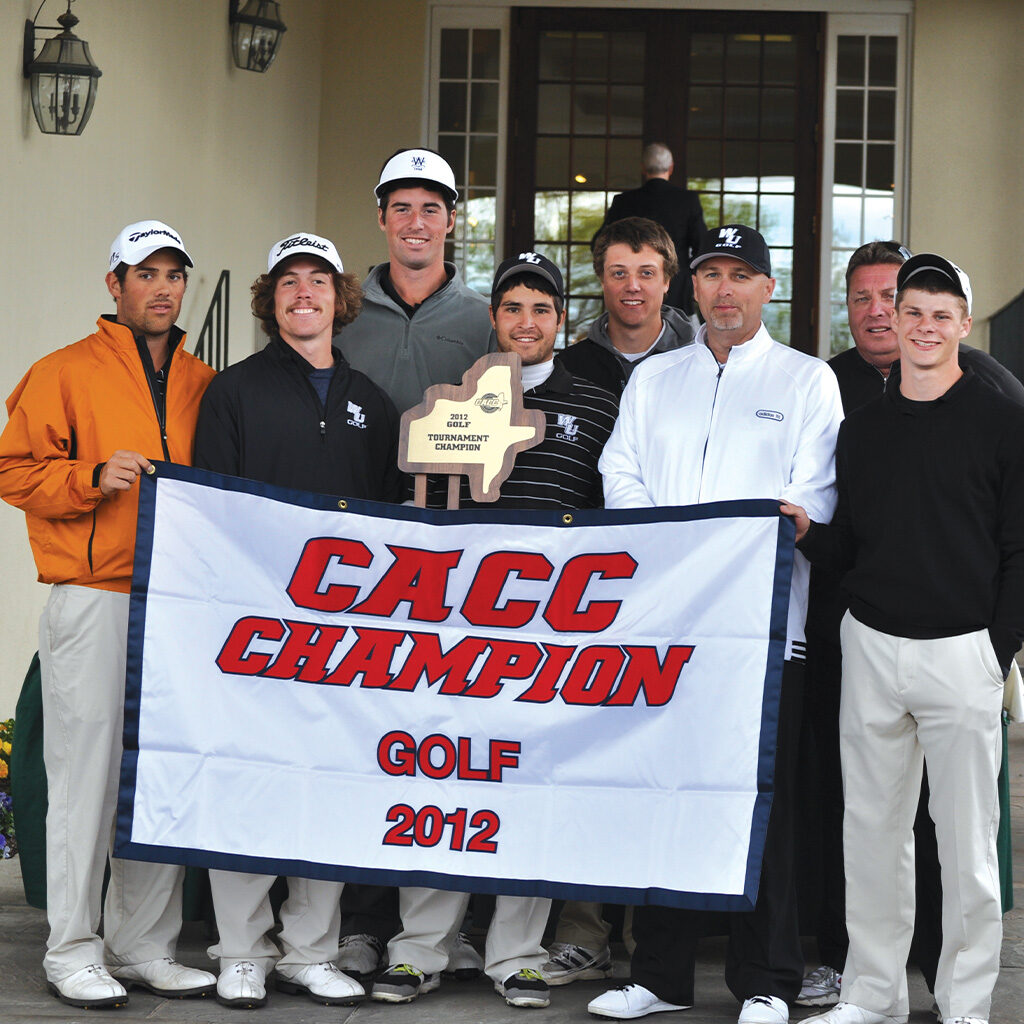 The Central Atlantic Collegiate Conference has inducted the 2011-12 Wilmington University men’s golf team into the CACC Hall of Fame.

During a thrilling season that featured numerous team and individual honors, the 2011–12 group won both the Northeast Intercollegiate Golf Tournament, defeating 14 other teams, and the Jay Jennison Memorial Tournament (first among 15 teams by nine strokes). They went on to win the 2012 CACC Championship and 2012 NCAA Atlantic/East Super Regional Tournament. That led to the NCAA Championships, where they finished 17th.

That was the first of five Coach of the Year honors for Jennings. He stepped down three years ago and is now assisting Coach Mark Hall. Jennings remembers the 2011–12 team as “very disciplined.”

“They had a great work ethic,” he says, “and they were confident. They just went out and did it. It was an easy group to coach. They helped build our reputation around the country.”