Cynthia Brown: A Call to Serve 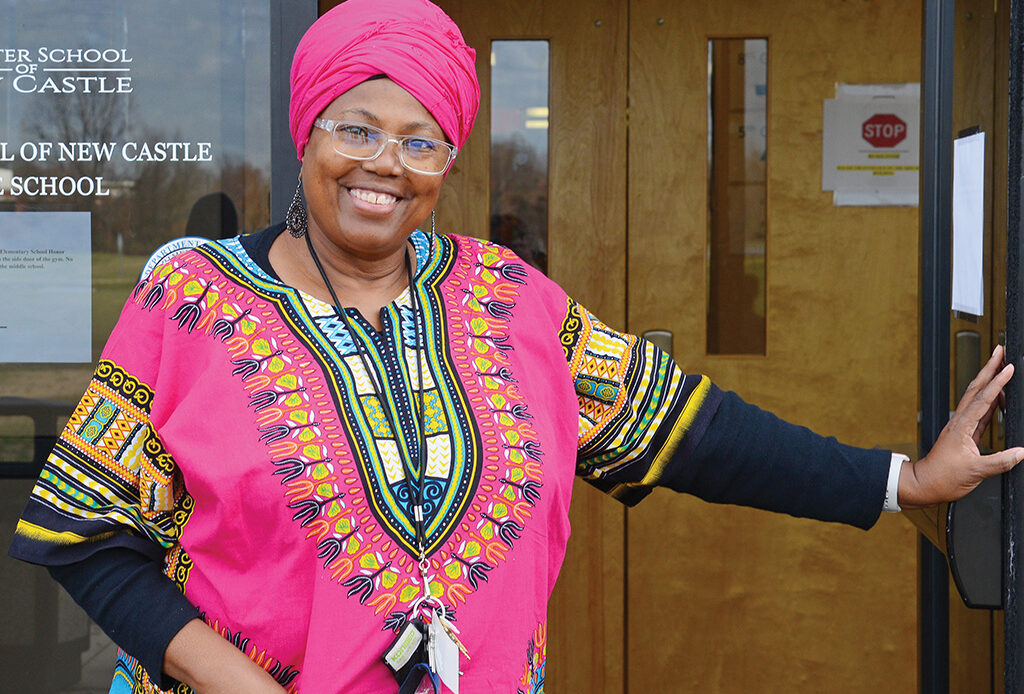 Cynthia Brown, RN, co-chairs the WilmU Alumni Association’s New Castle Chapter in order to encourage her fellow graduates to pursue opportunities, no matter their age or level of uncertainty. She knows from experience how interesting and unexpected that pursuit can be.

The year after she earned her Bachelor of Science in Nursing at WilmU in 2014, she took on the role she’s described as her true calling: school nurse at the Charter School of New Castle. “School nursing is a specialty practice,” says Brown, “and it is not just my job, it is my ministry.”

She admits that working in a middle school is not something she’d ever considered before her bachelor’s degree. In fact, nursing is her second career. She’d started as a bank teller for PSFS. “I enjoyed my work,” she says. “I’m a people person.” For 13 years, she worked her way up to the customer service and credit card departments.

During those years, she also trained and served as a combat medic with the U.S. Army Reserve, and eventually completed its Licensed Practical Nursing program. “I always knew I wanted to be a nurse,” says Brown, who left banking for a long-term care facility, where she spent the next 12 years advocating for the needs of her elderly patients. “But I have to say, when I walked into work that first day, knowing that I had been entrusted with peoples’ lives, it was surreal.”

Brown’s WilmU B.S.N. led her to steady home health aide work, but, she notes, “you have your plans, and the Lord has his plans.” Friends who worked at the Charter School of New Castle arranged an interview for a school nursing job there. “I stumbled across what I was meant to do,” she says. “Every day, when I walk through that door, I know I will touch someone’s life, or they will touch mine. There’s a need for nurses in every school. We don’t just sit in our offices and hand out Band-Aids and aspirin. We’re mental health providers; we’re moms, we do laundry.”

As with her entry into school nursing, Brown hadn’t anticipated playing a part in alumni relations. “As a grad, I didn’t even know about the association,” she says. At the invitation of a friend and former chapter co-chair, the late Pamela Lucas, she began attending its meetings.

The service to others that has guided her through banking, military service, and nursing led Brown to become co-chair herself, along with Adrianne Roberts, in 2021. “For me, it’s a community, connection, the opportunity to give back to the University that helped me along my journey,” she says, “and hopefully to sow opportunity to the other students coming through after me.”