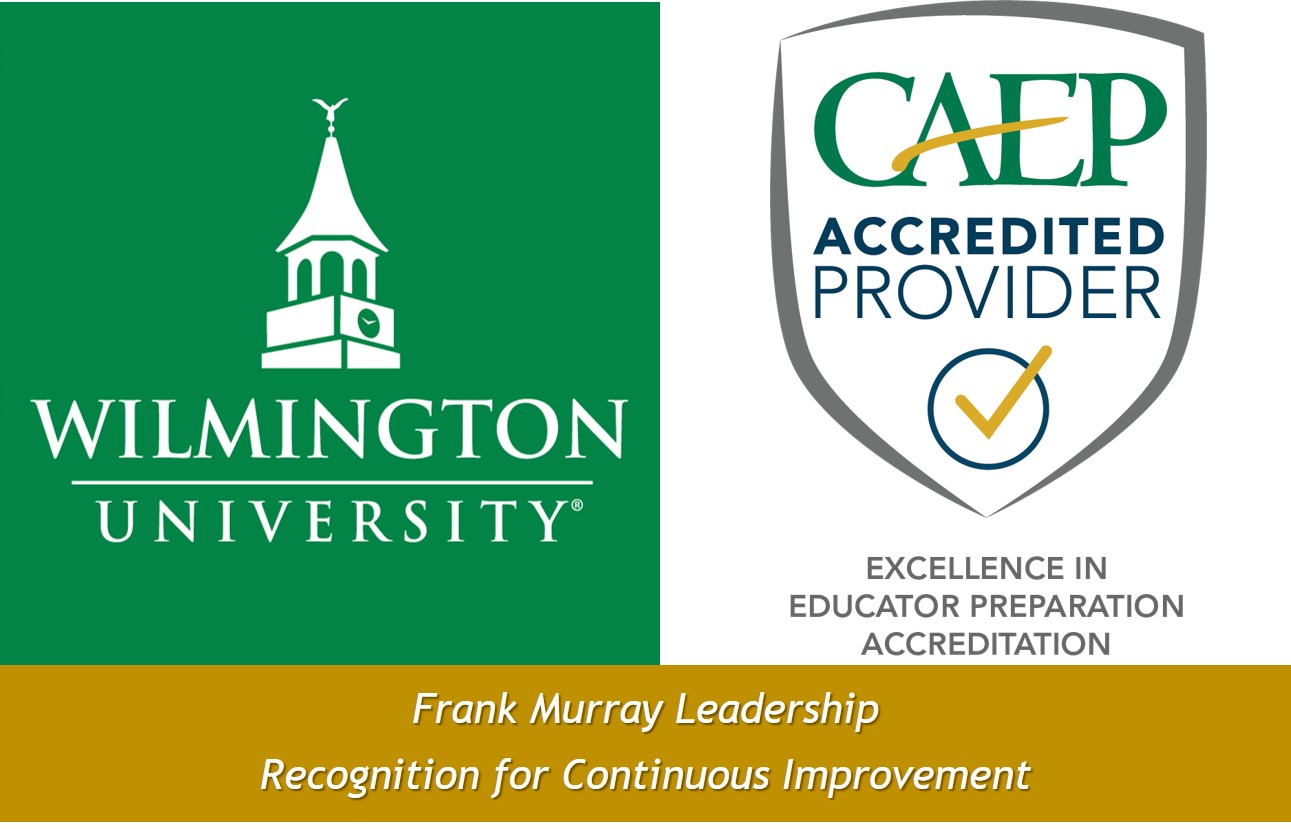 Wilmington University has been named one of the top teaching schools in the country by the Council for the Accreditation of Educator Preparation (CAEP), which evaluates the performance of more than 700 teacher prep programs nationwide.

CAEP’s annual Frank Murray Leadership Recognition for Continuous Improvement honored WilmU, along with 24 schools in 16 other states and one in the United Arab Emirates, for flawless accreditation reviews in the previous year that demonstrated and promoted equity in student learning that resulted in excellence in teacher preparation.

“The providers that CAEP is recognizing are committed to continuous improvement and preparing their students to succeed in a diverse range of classrooms after they graduate,” says Karen Symms Gallagher, who chairs CAEP’s board of directors. “The Murray Leadership Recognition recipients should be proud of their accomplishments.”

“Our mission has always been to deliver excellence to Delaware’s schools, so it’s gratifying to be recognized.” — John Gray

“This third class to receive the Murray recognition represents the diversity and innovation that comes with CAEP accreditation,” says CAEP president Chris Koch. “These recipients reflect the creativity that CAEP affords in achieving excellence, by meeting the standards in a variety of ways, for the diverse populations they serve.”