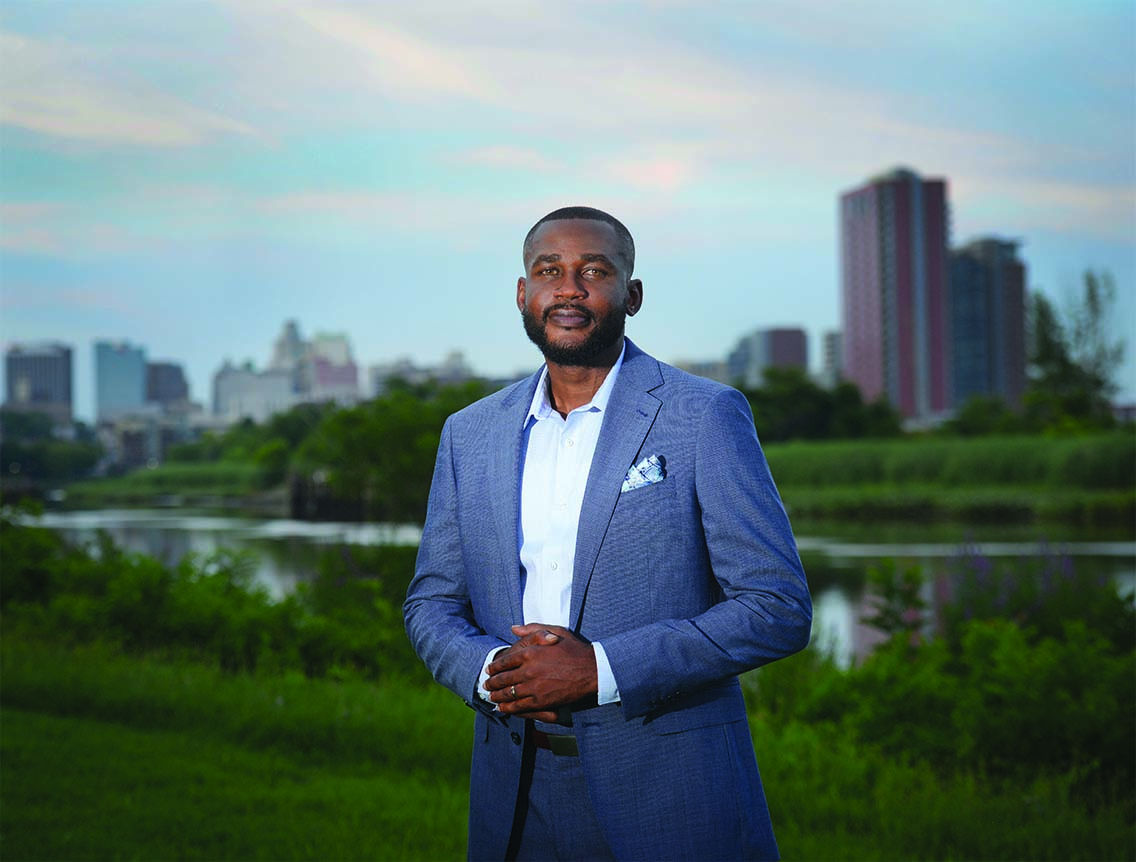 It’s full steam ahead for alumnus Carlos Mackall. As vice president of the Northeast Region for RI International, a global organization specializing in crisis, health, recovery, and consulting services, Mackall oversees doctors, nurse practitioners, social workers, clinicians, registered nurses, state directors and peer specialists. Mackall also has led the implementation of two crisis facilities and a long-term substance abuse facility. “And this is just the beginning,” he says. “I’m a part of a team that has crisis facilities in 10 states.” Already considered a global leader in crisis services, Mackall is just getting started.

Mackall is also a participant in a national team supporting “988,” a three-digit phone number that will replace the National Suicide Prevention Lifeline. On July 16, 2020, the Federal Communications Commission (FCC) adopted rules to establish 988 as the new nationwide number for Americans in crisis to connect with suicide prevention and mental health crisis lines. Throughout December of 2020, RI International was involved in a series of working sessions that gathered input from leaders in health care, public health, and public safety to study obstacles that might impact the implementation of 988. The rollout should hit next year, and RI President and CEO David Covington and Deputy CEO Paul Galdys, a mentor to Mackall, led weekly calls with legislators and national mental health and substance use leaders in preparation for the launch. Mackall is part of a 200-person team working in various regions to support the new line. 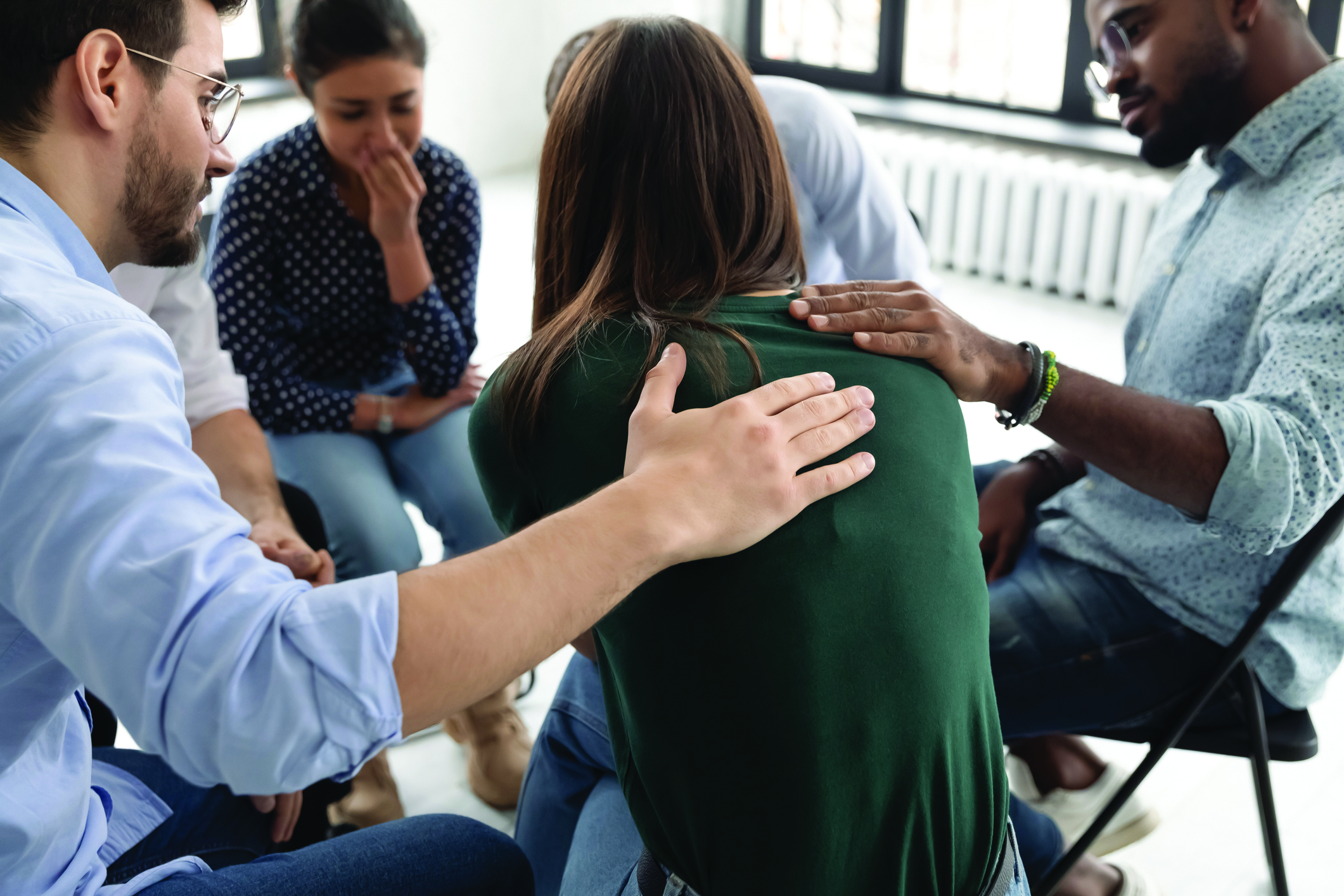 Grave statistics point to the need for 988. The FCC reports that suicide is the 10th leading cause of death in the United States and claimed the lives of more than 48,000 Americans in 2018. That translates to about one death every 11 minutes. Rates are higher across many at-risk populations, including veterans and LGBTQ communities, and the COVID-19 pandemic exacerbated the problem.

“I hope to inspire society to view a mental health crisis the same way they view a medical crisis like a heart attack or stroke,”

he says. “Ultimately, there would be a shift in the number of people incarcerated and people sent through the system without adequate support. There would be less stigma about mental health and fewer individuals reluctant to get care. There need to be processes in place that allow society to understand that a mental health (crisis) is real — very real.”

“Currently, 35 million adults suffer from mental health issues,” says Dr. Allan Zaback, program chair of the Administration of Human Services Program for the College of Social and Behavioral Sciences. “However, the most significant barrier to accessing services is mental health stigma.  Although recently, the media has made an effort to support increased public awareness, these efforts are often overshadowed by reports of negative stories involving individuals with mental illness. Awareness of mental health stigma through public announcements and social media is an effective approach to eradicate stigma as a barrier that prevents access to mental health services.”
“Suicide is such a tragedy and so preventable when someone reaches out for help,” says Dr. Doris Lauckner, director of WilmU’s Clinical Mental Health Counseling program and clinical coordinator for Practicum and Internship in the College of Social and Behavioral Sciences. “Carlos Mackall has done a wonderful job in being a part of this suicide prevention effort with 988.”

Basketball legend Michael Jordan famously said, “You have to expect things of yourself before you can do them.”

Mackall wasn’t a star basketball player in middle school, but he had great expectations.

“I wasn’t the most athletic or gifted player,” he says, “but I was good. I had to work hard.”

He worked hard enough to earn athletic scholarships at Delaware Technical Community College and WilmU. At Del Tech, he received an associate degree in Criminal Justice, then transferred to WilmU, earning a B.S. in Criminal Justice and an M.S. in Human Services, concentrating in Administration of Human Services. In 2011, along with 18 other graduates, Mackall was inducted into Tau Upsilon Alpha, a national human services honor society that recognizes academic excellence, fosters lifelong learning, leadership and development, and promotes excellence in service to humanity.

Mackall believes his relevant coursework prepared him for a global career. “WilmU offered me a very positive, family-oriented environment,” he says. “The supportive staff and instructors were incredible, and I still talk to a lot of my classmates and teammates to this day. They are some of my best friends — three of them were in my wedding.

WilmU taught me about responsibility, being a team player, expanding my critical thinking, community engagement, and being objective,” he says. “It taught me about things that led to my success, and that’s why I’m an executive today.”

That makes his mother proud. Phyllis Young had divorced Mackall’s father, also named Carlos Mackall, early on, though the father and son remained close. “My father was an intelligent man, but he struggled with depression and addiction,” Mackall says. “I had a loving and su 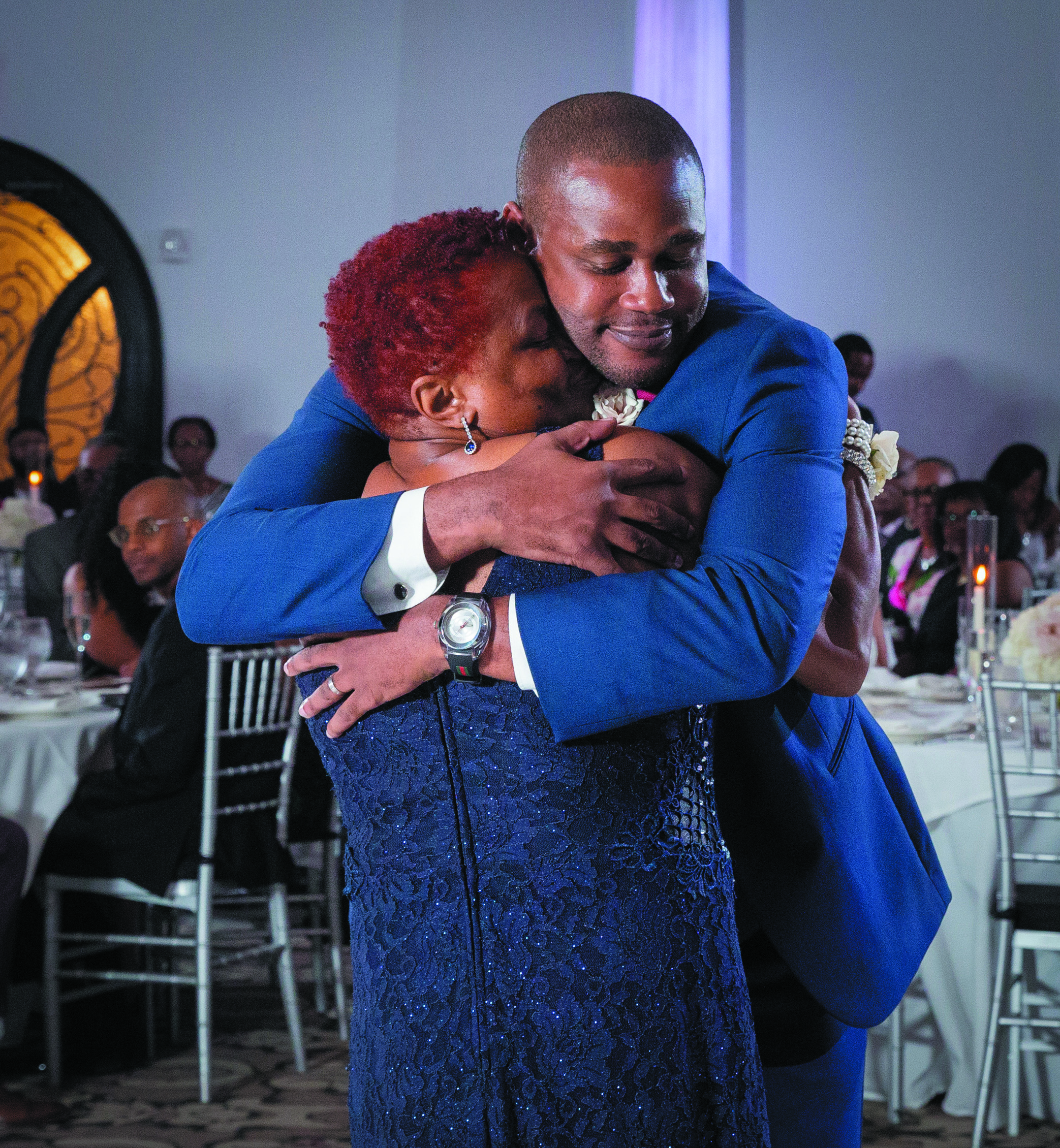 Carlos Mackall and his mother Phillis Henson-Young at his wedding.

pportive mother who instilled values in me and taught me the importance of positive thinking, setting goals and visualization, which are paramount to my success. Through her, I also learned to be humble and compassionate toward others. She didn’t have a lot monetarily, but she worked incredibly hard as a single mother.”

She’s still working. For more than four decades, Young has been a dietary aide at Calvert County Nursing Center in Prince Frederick, Maryland. “She’s keeping smiles on people’s faces,” says Mackall. “In a sense, she’s doing the same kind of work I’m doing, just on a different level. It’s always been about caring for others.”

Mackall landed his first job at Calvert when he was 15. “The experience exposed me to various mental health challenges, and I gained a comfort level and passion for helping others,” he says. “In the nursing home, a big part of what I did was serve meals. But as a young boy, seeing people with dementia and poor medical conditions on a daily basis gave me the insight to understand their basic needs.”

That life lesson didn’t just bolster his career; it seems to have fed his soul. “Everyone has challenges,” he says, “but making sure their basic needs are met is the right thing
to do.”

To do everything right in this field — and to be heard — means working hard, having the credentials, and passionately believing that changing the mental health climate is possible. Mackall is positioned as an industry leader, given his Delaware certifications as a licensed master social worker and advanced alcohol and drug counselor, as well as a human services practitioner credential from The Center for Credentialing & Education. Those credentials, combined with his degrees and experience, have earned him a seat at the table.

He’s also a 2020 fellow of Leadership Delaware, a nonprofit that recruits and mentors young Delawareans who exhibit leadership potential. “Being among the state’s elite leaders, learning different skills, and being connected to leaders who took the time to teach me valuable lessons was an incredible experience,” Mackall says. “With that knowledge, I plan to continue having an impact on Delaware’s mental health and substance use services.”

Statistics bear out the relevance of Mackall’s mission. The Centers for Disease Control and Prevention affirmed that 70,630 people died of an overdose in the U.S. in 2019. Making matters worse, an April 2021 story from Delaware Public Media reported that overdose deaths surged in the COVID-19 pandemic. It quoted National Institute of Drug Abuse Director Dr. Nora Volkow, who said that “COVID-19 has made us aware how negative the stigmatization of substance use disorders has been over time.”

Mackall’s is a voice for change. “Improvement in services could mean decreasing the pressure on emergency rooms and jails that have been overextended with individuals experiencing mental health and substance use crises,” he says. “I would like Delaware viewed as one of the best states in the country in terms of those services.”