We honor the lives of these longtime colleagues. 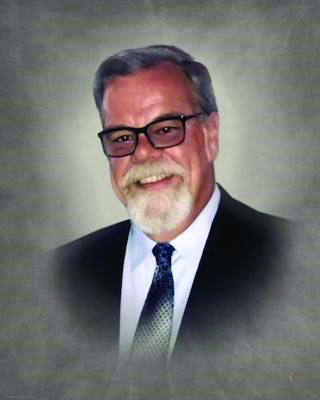 Walt Disney said, “The greatest moments in life are not concerned with selfish achievements but rather with the things we do for the people we love and esteem, and whose respect we need.” William “Bill” Quinn’s formidable accomplishments underscored his 27-year career at Wilmington University, but his family’s approval mattered most. His roles as husband, father, grandfather, and brother grounded his purposeful life. Yet, he was also a consummate professional, rising through the ranks at Wilmington University, and completing his service as senior director of Facilities and Maintenance Services. He could fix most anything but humbly admitted when he couldn’t. When he said he “knew a guy,” the job got done. Some called him an indomitable force; others, a gentle giant. So, when Bill passed away on Friday, April 9, 2021, at just 62, the Wilmington University community was shaken and deeply saddened.

“I had the privilege of working with Bill for many years,” says WilmU Vice President and CFO Heather O’Connell. “Bill bled green and white and took personally his charge of maintaining Wilmington University facilities and grounds in top shape. He had a wicked sense of humor and an unwavering dedication to the University’s mission and values. He was a staunch family man and was crazy about his family, especially his young grandchildren. His absence is keenly felt all over the University and he will be greatly missed.”

Bill’s work ethic and expertise in maintenance, landscaping and utilities are evidenced in every University property. He started at then-Wilmington College as a custodian in 1994, and was quickly promoted to zone chief, manager, director, then senior director. He maintained the historic Old Customs House in downtown Wilmington, which housed the college’s original graduate center. He transitioned to the New Castle campus and worked with his brother, the late Mark Quinn. They split maintenance responsibilities for all campus and University locations, including Rehoboth, Dover, the Athletics Complex, Wilson Graduate Center, and other properties. When Mark died suddenly in March of 2015, Bill carried on without him, deeply missing the man he called “the best little brother.” Mark would rather have torn things apart and thrown them away than put out a bad product, Bill had said after his brother passed, adding: “You have to stand back and look at your work. You have to make things perfect. Aesthetics is front-line in any business.”

Bill was devoted to his 38-year marriage to Donna Quinn, their children and grandchildren, and their extended family. At work, he committed himself to maintaining exceptional environments for students and staff. He worked closely with builders who constructed the Audrey K. Doberstein Admissions Center building in New Castle. He led a project to treat the water-damaged basement at the Dover site that now houses IT offices and classrooms. And even though the Brandywine campus has a look of its own, it was important to Bill that the WilmU brand remained consistent. He worked with contractors to ensure the building’s integrity.

Space could never allow for an exhaustive list of Bill’s achievements. But perhaps more significant is the impact he had on others. He valued his team members and was more interested in empowering than he was in power. “I don’t know where to start since so many great things could be said about him,” says Maintenance Manager Don Kukawski. “But one thing that stands out was that Bill was a tough but fair boss who always had our backs.”

“Bill and I worked together on many projects over the years,” says Wilmington University President Dr. LaVerne Harmon. “His loyalty and trustworthiness were paramount in all my dealings with him, and every one of his recommendations and decisions was always made in the best interest of the University. Our beautifully maintained buildings and grounds are part of his legacy, and his incredible work will remind us of his talent and dedication. We lost Bill far too soon, but his spirit will live on in the hearts of the many lives he touched.”

This legacy  scholarship benefits deserving students who dream of earning a college degree but lack the financial means. Originally established by Bill Quinn as the Mark S. Quinn Memorial Scholarship in 2018 through the Estate of Mark S. Quinn, the scholarship fund now also honors Bill. The scholarship is funded by the Quinn family, but all who wish to contribute may do so by visiting www.wilmu.edu/giving-funds. 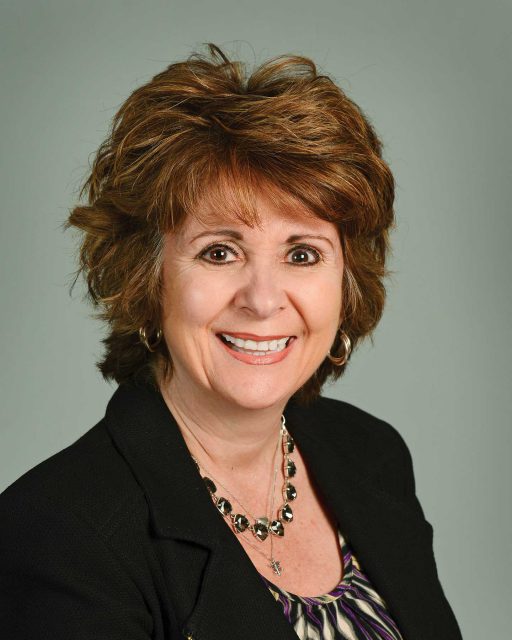 Dr. Stephanie Battis embodied the Wilmington University mission and was profoundly loyal. She respected her students and taught with genuine passion, which is why she was such a popular instructor. She  went the extra mile, answered her students’ questions long after classes had ended, and loved to celebrate their successes. Stephanie served the University as a member of Academic Affairs and the College (then the Division) of Business for 32 years. She began her career at then-Wilmington College as an assistant professor, and in just a few years, became an associate professor and chair of the Human Resource Management program. She later chaired the Organizational Management program. Stephanie then served as a graduate student advisor in the College of Business, and was a long-term member of SHRM (Society for Human Resource Management).

Throughout her distinguished tenure at WilmU, she chaired the Faculty Senate and Faculty Senate Nominations Committee. Stephanie was known for her upbeat personality and positive attitude, and though she battled MS for over 35 years, it never slowed her down. “I have lost a best friend of 27 years,” says Lynda Fuller, who recently retired from the University. “Her courage was an inspiration and her candidness always made me laugh. We shared a lot of fun times.” Stephanie also chose to bear a son, Steven, despite her disease, and relished the joys of motherhood. “She absolutely adored her son,” Lynda says. Her smile lit up a room, as did her incredible fashion sense. The loving family and countless friends she left behind miss her deeply. She passed away on June 21, 2021, at 61. 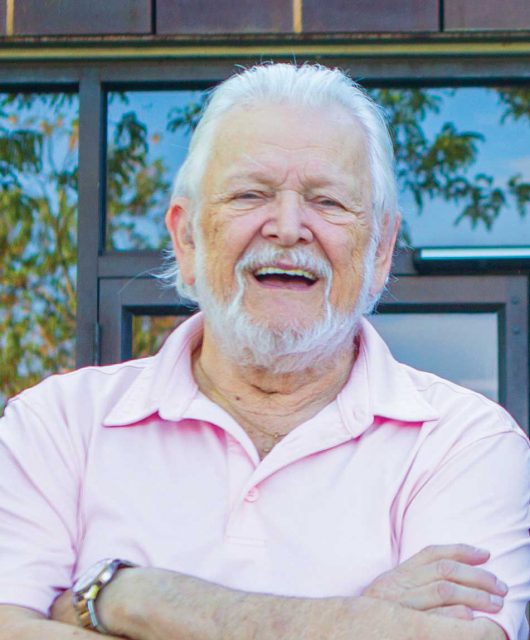 Rich Godwin served the University for 32 years and rarely missed a day. His work ethic was something to behold: he worked part-time evenings Mondays through Fridays after working his full-time day job as an engineer at DuPont. Students and colleagues at the Wilson Graduate Center miss Rich’s quietly joyful personality. He and his longtime work colleague Ashley Bond were grad center fixtures known to legions of colleagues and students as “the twins.” A true brotherhood, they started working together in the 1980s at the Old Customs House in Wilmington, when then-Wilmington College operated a location there. With Ashley, Rich manned the desks, answered questions, shared a few jokes with faculty and staff, directed students to classrooms, and made all who entered feel welcome. Rich had served in the U.S. Army, coached youth sports, and despite his somewhat quiet persona, was the life of the party. He left behind a loving family and many colleagues who still feel his loss, especially his “twin,” Ashley. Rich passed away on March 16, 2021, at 78. 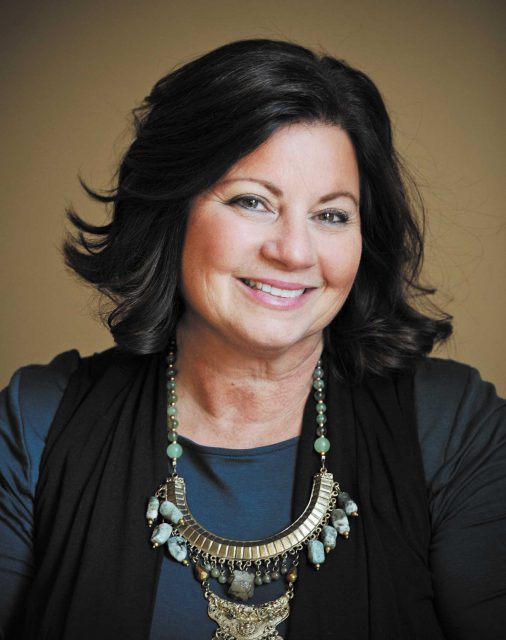 If one were to close their eyes and think of Dr. Gina Harrison, she would probably be smiling. Gina had a distinguished career in education before earning her Ed.D. from WilmU’s College of Education. For her dissertation, Perceptions of Teacher Education University Faculty Toward Students with Disabilities, she explored how teachers in higher education felt about the prospect of college students with intellectual or physical disabilities who aspired to become teachers. It was important to Gina to elicit accurate and honest responses for her survey because she had dedicated much of her career to children with special needs.

She worked as a therapist and diagnostician at Terry Children’s Psychiatric Center in New Castle, Delaware, and at The Lane Day School in Wilmington, where she established a nonprofit. Later, Gina served simultaneously as an adjunct professor at both Wilmington and Neumann universities and a facilitator for the Girls Leadership Program, which empowers middle school girls to become community leaders. She performed those functions masterfully while serving as a licensed behavior specialist who trained teachers, staff, and parents in behavior modification for children on the autism spectrum. Gina earned several honors, including the 2000 Governor’s Award for Excellence in Early Education. Above all, Gina considered her children, grandchildren, parents, extended family, and her husband, James F. Harrison, to whom she was married for 40 years, to be her greatest gifts. She passed away on Jan. 15, 2021, at 60. 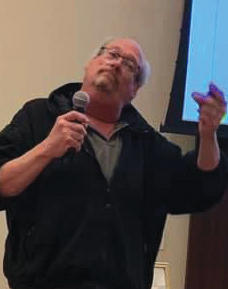 Dr. David Doucette started teaching at WilmU in September of 2011 and maintained his fierce devotion to students until his sudden passing in April of 2021. His close friend, Wilson Graduate Center Site Director Tom Hurd, calls him “a nurse anesthetist and professor extraordinaire by trade and an amazing human being.” When Dave passed, Hurd says it left his family and friends “simply, utterly, and totally heartbroken.” Dave worked tirelessly throughout the COVID-19 pandemic and became a frontline hero. “He kept us all safe,” adds Hurd, “despite working 12- to 16-hour shifts himself and wearing three layers of PPE every single day.”

Dave was passionate about clinical nursing education, sharing his experiences as a 25-year anesthesia veteran at a Level I Trauma environment and his service to Boston Medical Center, several Philadelphia-area health care systems, and Albert Einstein Medical Center. His obituary touted his ability to be a genuine friend, caring attributes, intellect and humor. Dave left behind his beloved partner William Konieczka, an army of loved ones, and his cherished St. Bernards. He earned his B.S.N. at Fitchburg State College, an M.S. in Nurse Anesthesia at St. Joseph’s University, and an Ed.D. at WilmU. He also completed a two-year Nurse Anesthesia curriculum at Nazareth Hospital’s School of Nurse Anesthesia. Dave passed away mon April 27, 2021, at 56.