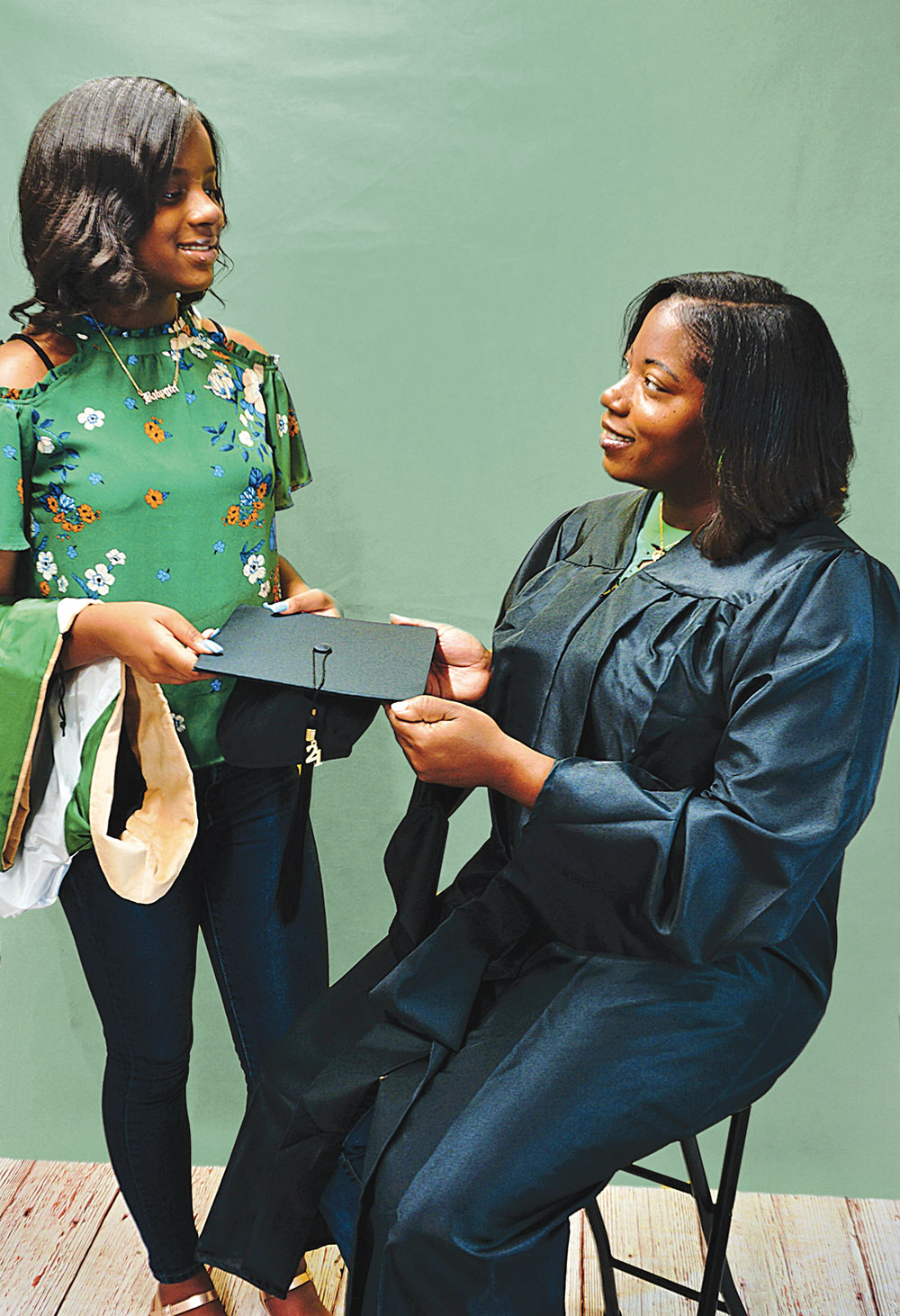 Roshell Brown with her daughter, Makayla

Roshell Brown decided to pursue a master’s degree at Wilmington University on the day she earned her bachelor’s here.

“At the graduation ceremony in May 2018, I saw the master’s candidates all lined up, and a lot of them looked like me,” she says. “I thought, ‘If they can do it, I can
too.’” She’d decided to complete her bachelor’s degree after the first of her three children enrolled at WilmU. She was in her mid-30s and working two jobs at the time. Higher education had been a longtime goal, although it was a goal that most people wouldn’t expect a single parent from one of the poorest areas of Virginia to achieve.

“My educational journey has been tremendous,” says Brown. “Life is not always simple, but you decide your own destiny. While it’s easy to take the easier route, that doesn’t always get you where you want to go.”

Growing up in rural Accomack County, Virginia, on the tail end of the Delmarva peninsula, Brown earned good grades in school. She also gave birth to her first child before age 16. The second arrived before her high school graduation. Virginia Tech offered her a full scholarship, but she declined the opportunity. “I would love to have gone to college, but I wanted to raise my children,” she says. “I didn’t want someone else doing it for me.”

Despite her limited job prospects and a failed marriage, Brown planned a future. “I felt like a lot of people just wrote me off,” she says. “I always knew in my heart that I had potential. It just wasn’t looking like it. But if I was ever going to get any further, if I wanted a change, I knew I’d have to get an education.”

At a local community college, she earned an associate degree in Business Management, then studied online with WilmU to build it into a bachelor’s degree. Her Master of Science in Management with a concentration in Human Resource Management, also online, followed in December 2020.

My goals the whole time were to make a better life and to set an example for my children. — Roshell Brown

“I pushed through when my children — who are my everything — said ‘I need more of your time,’ even when I felt like quitting. I guess I’m stubborn that way.”

She recalls the final months of her master’s program, attending to coursework while teaching her middle-school daughter through the COVID year. “I managed the challenges as best as I could,” she says. “When I stayed up late to write papers for classes, she’d try to stay up late with me. I’d find her curled up under the dining room table with her blanket.”

Brown credits the University community for her academic and career success, including her job at the U.S. Department of Agriculture, where she’s been a loan analyst since 2019. According to WilmU’s Dr. Regina Allen-Sharpe, though, these successes were largely the work of Roshell Brown.

“There were a lot of people behind the scenes, but she’s the one who showed up and did all the work,” says Dr. Allen-Sharpe, dean of students and assistant vice president of student affairs, who, like Brown, grew up on Virginia’s eastern shore.

“She’s overcome incredible hurdles,” says Dr. Allen-Sharpe. “All the research says this woman is not supposed to succeed. Plus, we had a pandemic! In the midst of this chaos, a master’s degree has changed this woman’s life.”

Roshell Brown still lives in Accomack County, though a lot of things have changed since she attended high school there.

“There have been times in my life I’ve felt ashamed,” she says, “but looking at what I’ve accomplished, I’m just amazed. It’s been a blessing. And my options are open. There’s a lot more on the horizon for me.”

She’s weighing the possibility of mentoring in the local schools — “I would like to see more people from my community succeed,” she says — but her chief concern right now is keeping her daughter on track through high school and encouraging her interest in STEM careers.

“She knows that success is possible, because she’s seen me succeed,” says Brown. “I want to see her succeed. It’s never too late.”