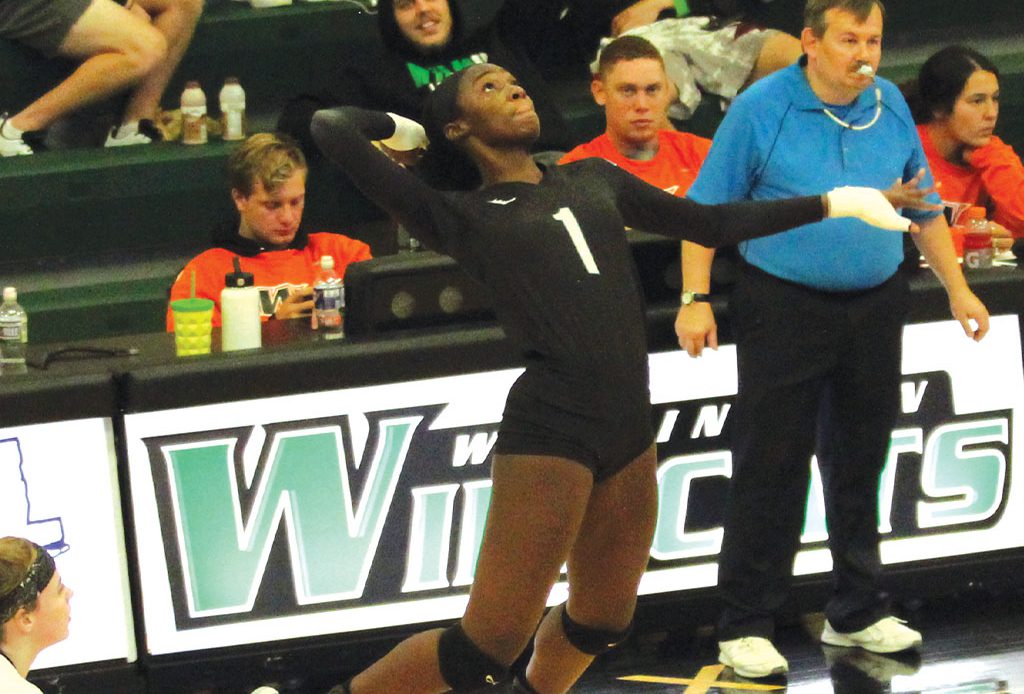 Wilmington University staff, faculty, and students will be seeing those words in various formats and venues this fall. They are among the most prominent elements in a word cloud created by the Student-Athlete Diversity, Equity and Inclusion Advisory Council.

Formed early this year, the council is made up of 14 student-athletes and three advisors: Dr. Jason James, assistant professor in the College of Business and head of Athletics Diversity and Inclusion; Director of Athletics Dr. Stefanie Whitby; and Faculty Athletic Representative Dr. Matt Wilson.

The council grew out of interviews with University coaches and focus groups with student-athletes that were set up to introduce Dr. James to the school’s athletic community. The discussions centered on race and justice as they relate to sports, but it soon became apparent that the coaches and the student-athletes, reflecting events occurring around the U.S., were concerned about those values as they related to society as a whole.

Says Dr. James: “They presented a real want and need to continue to drive forward around DE&I tenets throughout athletics at WilmU, so we were looking for a sustainable mechanism to keep the student-athletes engaged.”

Dr. Wilson says the virtual meetings that led to formation of the council amounted to an educational experience for everyone, including the advisors. “What was really powerful for me was learning about the different perspectives that people have,” he says. “It was one of the most meaningful, raw conversations that I’ve had ­— in a good way. I walked away with a greater appreciation for everyone in WilmU’s athletic community. These are the kind of conversations and environment that we need to build throughout society in general.” 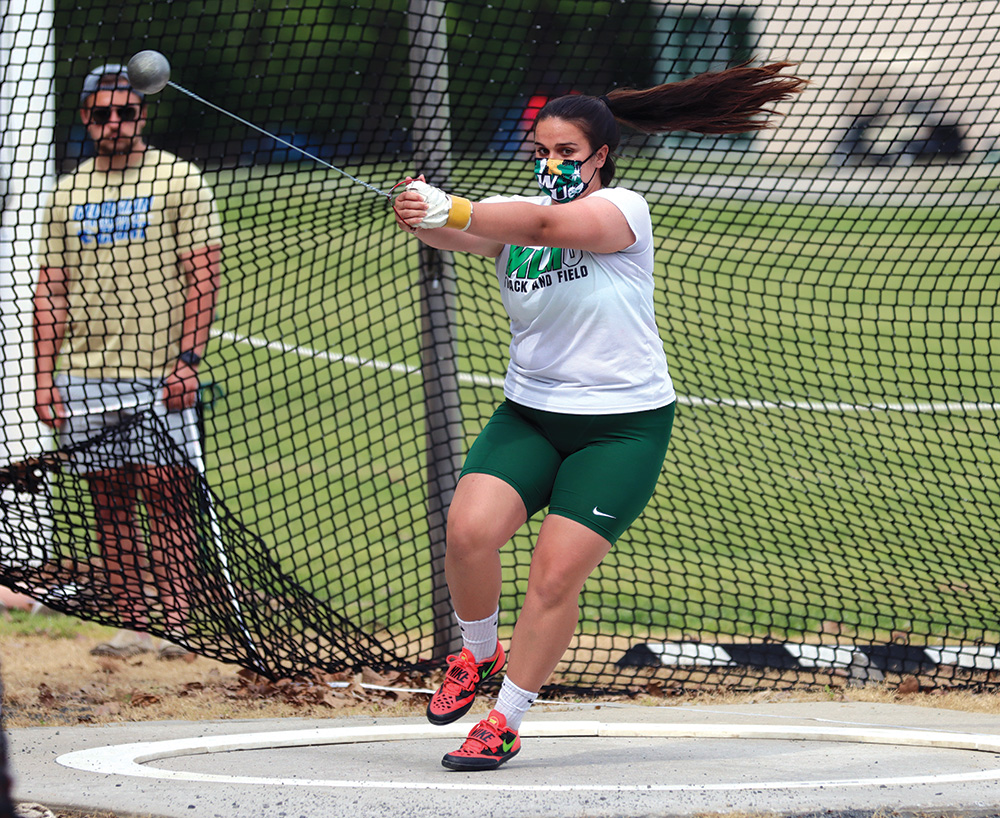 Three women were chosen as co-captains of the council: Viviana Caamaño, Kiersten Comer, and Angel Oliver. All seniors this year, they represent three sports and three ethnicities: Caamaño, a soccer player and hammer thrower, is Hispanic; Comer, who is white, plays softball; Oliver, an African American, is on the volleyball team.

Says Caamaño, whose father was born and raised in Spain: “I felt personally obligated to step forward and be a part of the council, not only as a Hispanic woman but also as someone who has empathy for the African American community and other communities that are affected by racial injustice.”

The three captains are especially happy with the word cloud. “It’s a start toward change,” says Oliver. “It’s what we’re trying to be, to embody and convey to everyone else. It says, ‘This is what our culture is like.’”

The idea for the word cloud came to Dr. Whitby as she was going over the copious notes that she took at the council meetings. “I picked out the core words that were used when they discussed these difficult topics, and I gave those to our Sports Information coordinator, Dan Lauletta, and he put them into our WilmU logo.”

She then showed the artwork to the council — “because it truly was their words” — and they enthusiastically endorsed it.

“We thought this would be a good way to brand the work that we have done and to use it as a stepping off point for future work,” says Dr. Whitby.

The word cloud is now on stickers that were distributed to members of spring sports teams, and it appears on the large digital screen at the entrance to the Athletics Complex. Plans are to have T-shirts with the artwork ready for all student-athletes when they return this fall. 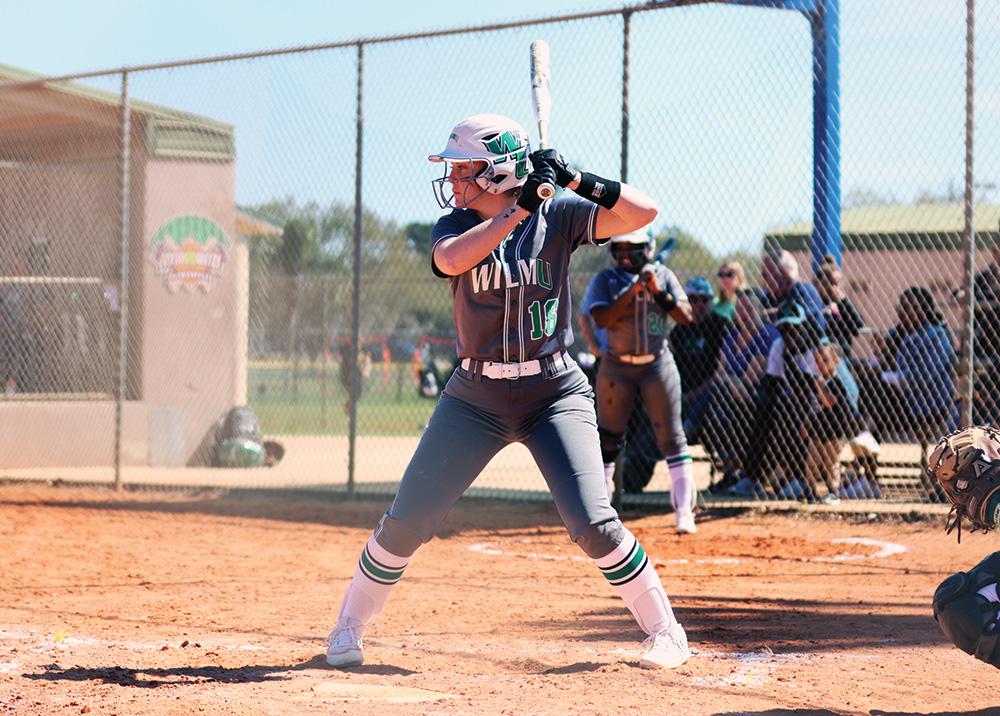 Other ideas are quickly forming. “Maybe each month the council will take one of the words and use that as a focus for education that month,” says Dr. Whitby. “Support, for instance. How can we better support those around us when it comes to these issues? Maybe we’ll bring in some speakers to talk about racial injustice and how we can make a better environment at WilmU and in the community.”

In general, she says, “We’re going to look for unique ways to continue this conversation.”

As one of the co-captains, Comer found that the council came together despite the challenges presented by the pandemic. “Collaborating on ideas via Zoom for the past year hasn’t been easy,” she says, “but I am proud of our dedication to something that is so much larger than all of us. My biggest hope for the council is that it becomes well-known at Wilmington University, and that our message of acceptance and equity is promoted university-wide, and that the students and faculty alike know that they are at a university that cares about them.”