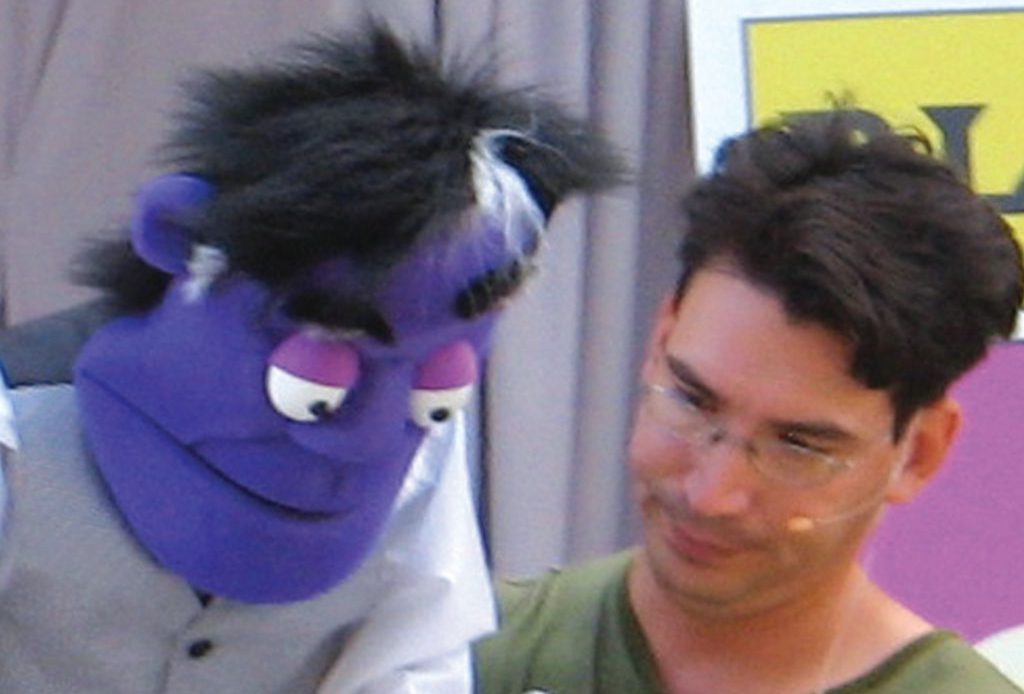 Many people lost their jobs during the pandemic, but chances are Tony Whitten was the only puppet specialist to be laid off.

“There are only about four of us in the world,” says Whitten, who was teaching puppetry at Disney World in Orlando when he was furloughed in March of 2020. But thanks to a Certificate in Graphic Design from Wilmington University, the 47-year-old has been able to pivot into a new career.

After he was furloughed, Whitten took advantage of the Disney Aspire program, which pays for books and tuition when employees enroll in classes at cooperating colleges and universities. Because he was still technically an employee, he was eligible.

Whitten had enjoyed designing a few brochures and posters during his college days in the ’90s, so he looked into that field, and soon discovered the certificate offered by WilmU. He enrolled in the program, began taking online classes in July, and became proficient in Adobe Photoshop, Illustrator and InDesign, earning the certificate last December.

For now, at least, the puppeteer and actor has become a full-time, freelance graphic designer. “I haven’t formed a company, and don’t have a website,” he says, “and I’m still learning the tools, but there wasn’t a lot of puppetry work even before the pandemic outside of Disney, so I’m going in a new direction.”