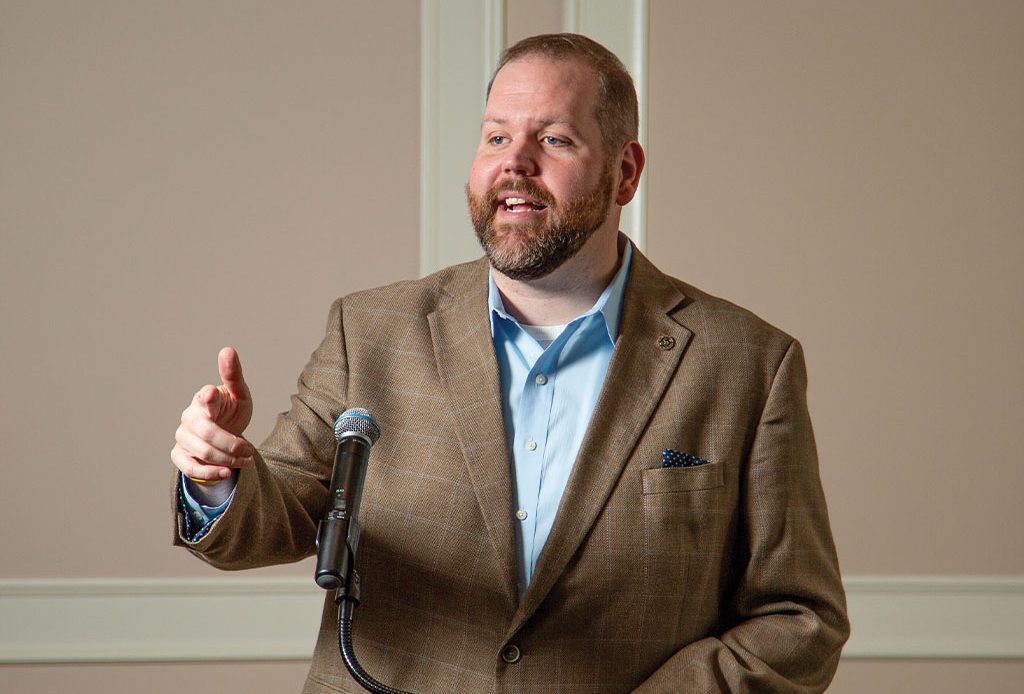 Having survived pancreatic cancer, Dr. Matthew Wilson believes he was given a second chance at life. When he’s not serving the University as associate professor and chair of First Year Experience, English as a Second Language, and Humanities, he advocates on behalf of the Pancreatic Cancer Action Research Network (PanCAN). According to the nonprofit, more than 60,000 Americans could be diagnosed with pancreatic cancer in 2021.

Dr. Wilson was named the first chair of the National Volunteer Advisory Council, which offers support, feedback, and advice to PanCAN and its Community Engagement Program, volunteer affiliate network, and other organizational initiatives. “This role has given me the opportunity to travel the country — pre-COVID, but virtually during the pandemic — to work with volunteers through various training and events to strengthen and empower the national volunteer network,” says Dr. Wilson.

Besides being featured on local, regional, and national media, including shows like Good Morning America and Inside Edition, Dr. Wilson also was awarded the 2020 Faculty Mentor Award for the Central Atlantic Collegiate Conference; the Randy Pausch Award, and a national award for volunteerism. In September, Dr. Wilson was named “Newcomer of the Year” for the entire Faculty Athletics Representatives (FAR) NCAA organization.

Most important, he says, “In November, I will celebrate 10 years of being pancreatic cancer-free!”