A Leader of Leaders 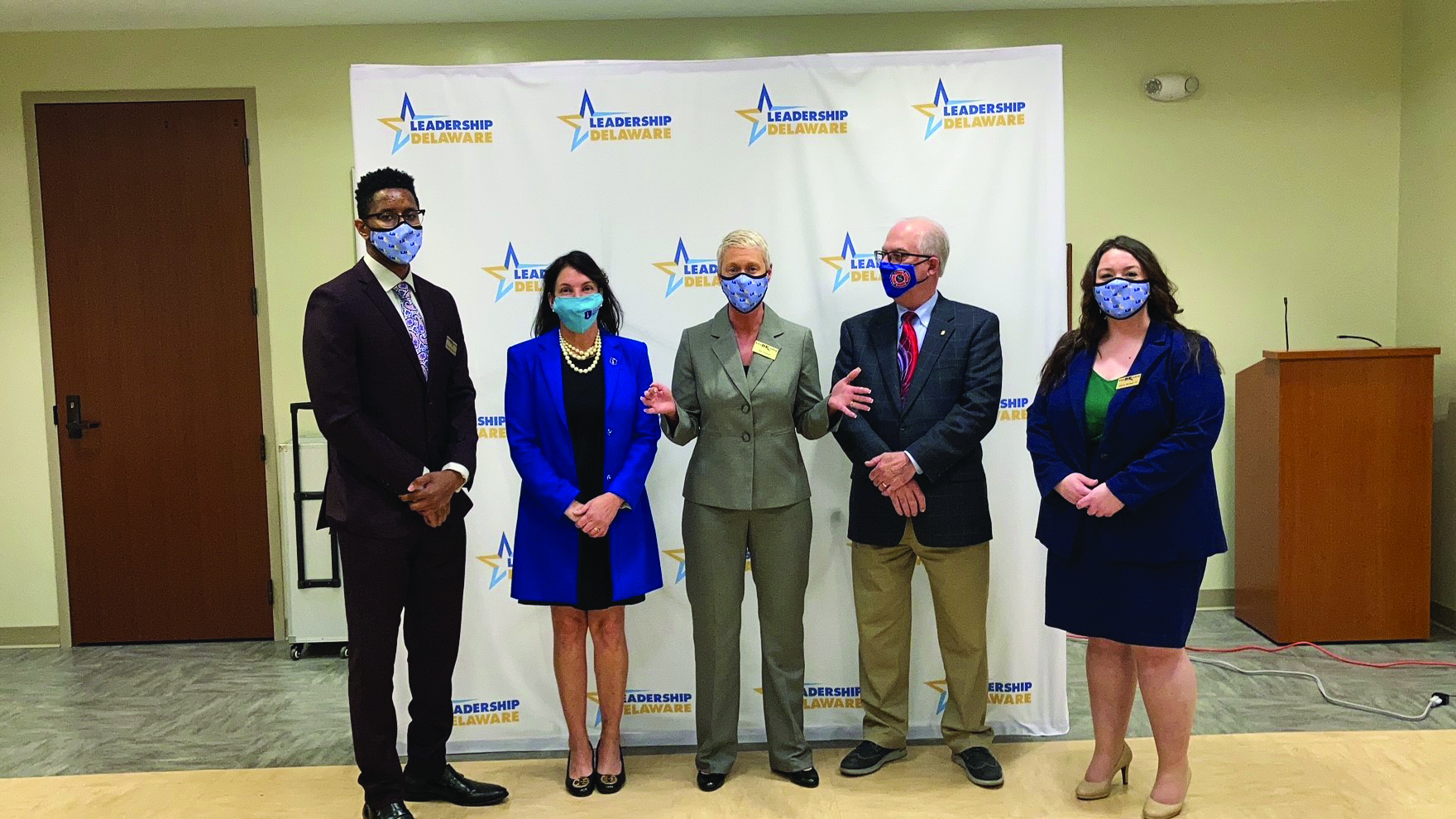 This alumna made history as the first female director of the Division of Motor Vehicles. Now she’s CEO of Leadership Delaware. We anticipate great things.

Jennifer Cohan worked in Delaware state government for 31 years, and now, as CEO of Leadership Delaware, Inc., she is training the young people who well may be the future leaders of that government. 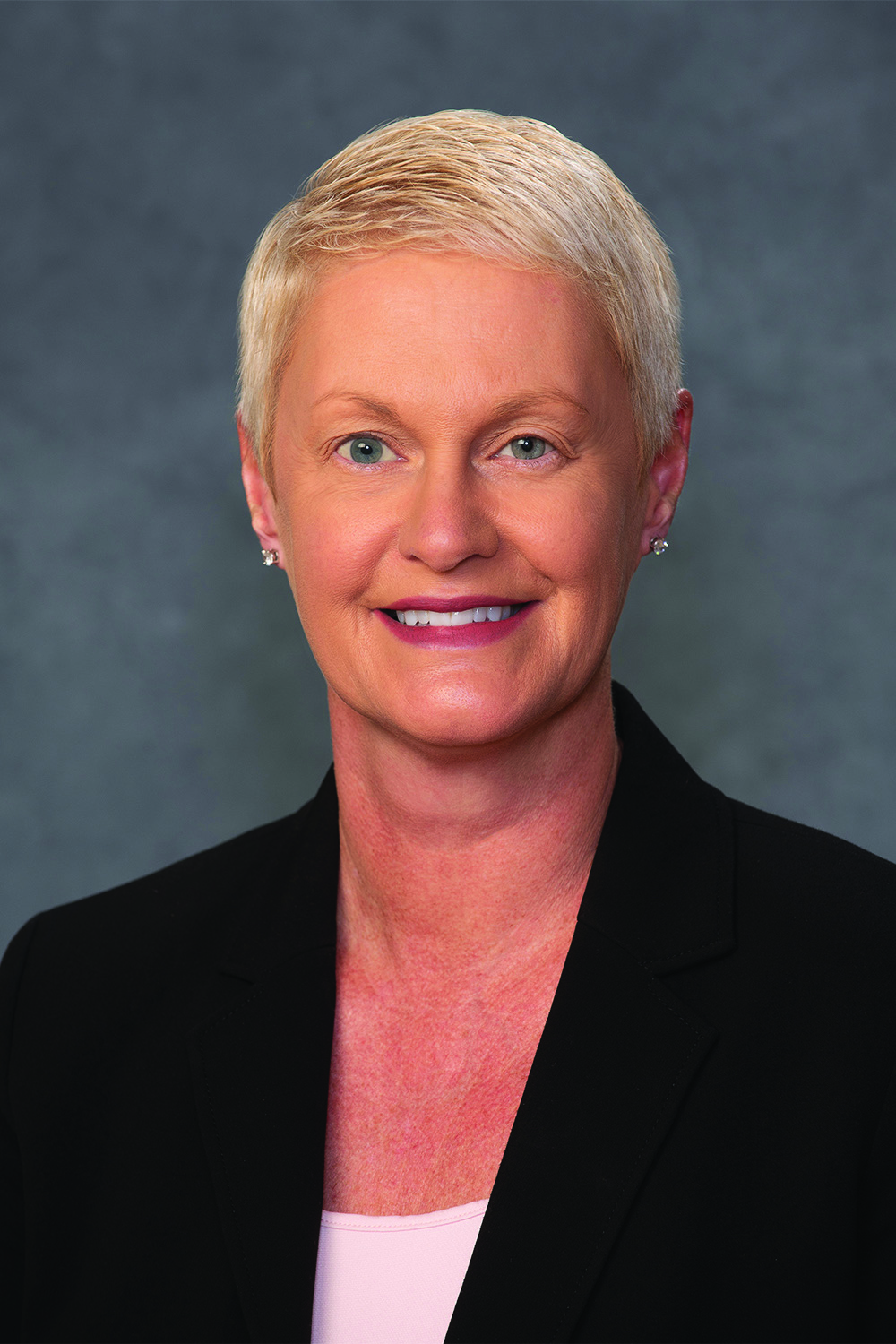 Cohan, who became the first female director of the Division of Motor Vehicles, was appointed DelDOT secretary under then-Gov. Jack Markell in 2015. She stepped down from that position last year to move into her new job.
During much of her time in state government, Cohan also served as an adjunct professor at Wilmington University, where she graduated summa cum laude with a B.S. in Business Management and an M.S. in Public Administration. She taught Leadership and Public Policy in the master’s program for 12 years.
Despite her success in serving the people of Delaware, Cohan decided last August that being CEO of LDI was an opportunity she couldn’t pass up. “It offered all of my favorite things rolled up into one little nonprofit,” she says.
LDI was created by Terry Strine and his wife, Sandy, with former Gov. Pete du Pont’s help, in the summer of 2008. Strine, who chaired the Delaware State Republican party from 2003 until 2008, came to du Pont with a seven-page outline of a year-long program. It featured issue-oriented forums to inform and train young Delawareans to be leaders in three areas: their professions, politics, and the nonprofit sector.

Strine got du Pont’s blessing, recruited a board of directors, secured 501(c)(3) nonprofit status, then sought nominations for participants in the program from business, political, and industry leaders throughout the state. And Leadership Delaware, Inc. was born.
Each class holds 18 to 30 “Fellows.” Chosen through a rigorous vetting process, they generally range in age from 28 to 38.

The year-long program consists of 20 sessions held throughout Delaware. Fellows participate in 230 hours of classroom time and additional hours working on group projects and LDI initiatives. They hear from about 150 speakers and participate in multiple public speaking exercises. Tuition is $5,775, which is often fully or partially covered by employers.

In June of 2019, the Strines announced their decision to retire from LDI. The board formed a transition team, hired a recruiter, and a year-long, nationwide search began.

Cohan had been a speaker in the program for six years. She admired its content and the fact that it produced informed, educated citizens ready to take on essential roles in business, the community, and government. She had even hired LDI graduates. Her name came up during the search, and she became a finalist. Dozens of people expressed interest in the position, and the field eventually was narrowed to 10, then three, according to Board Chair Penny Saridakis.

Cohan was the slam-dunk choice for CEO, according to Saridakis. The press release announcing her appointment created major buzz.

Cohan was the slam-dunk choice for CEO. The press release announcing her appointment created major buzz. “I didn’t really  realize what a big deal it was that we had hired her.”

“We got calls and emails from up and down the state,” says Saridakis, “and there were posts on Instagram and Facebook. I didn’t really realize what a big deal it was that we had hired her.”
Cohan officially became CEO in January after serving two months as CEO-elect.

The job, she says, is right in her wheelhouse. “Developing people has always been my passion,” she says. “And I fell in love with this program the first time I spoke.”

She plans to maintain the many positive attributes of Leadership Delaware while expanding it geographically and conceptually.

“While LDI is an impeccable brand, the farther you go down south, the less people are familiar with it,” she adds. “There’s so much opportunity to expand our reach, especially in Kent and Sussex counties. We’ll be doing a marketing program in those areas.”

Cohan has completed what may be the last of her WilmU adjunct duties, at least for now. Last year, she was recruited by Dr. Clint Robertson, the recently-retired assistant dean of the College of Business, to teach in the Municipality Supervisory Leadership Institute, a nine-week program offered to all Delaware municipalities. The program was the vision of Jamesha Eaddy, who was Human Resources director for the city of Milford. She and Dr. Robertson designed the curriculum and chose the instructors. Students from 18 municipalities met for three hours on nine consecutive Wednesdays, starting at Kent County Levy Court, then switching to Zoom during the COVID-19 pandemic.

When it came time to pick instructors, Cohan was a natural choice. “Ms. Cohan has been teaching as an adjunct at our Dover site for several years now,” says Dr. Robertson. “She is one of our more popular instructors because of her personable and enthusiastic personality and her ability to relate her incredible work experience with the DMV and the Delaware Department of Transportation to the course material. Her work in enhancing customer service when she was secretary of the DMV made her an ideal instructor for the modules on Exemplary Customer Service and Managing Multi-generational Employees in the Workplace.”

Dr. Robertson says the participant reviews on the seminars were excellent. “We’ve already implemented a Leadership Institute for several other businesses,” he adds. “Ms. Cohan was certainly my first choice for Exemplary Customer Service, but with her new role as CEO, she had to decline.”

But Cohan says she will “always be involved with WilmU in some form.”

“I’m currently focusing on my role here at Leadership Delaware,” she says, “but will continue to work with the University on growing the Business College curriculum. I’m a member of the newly formed College of Business Advisory Committee. I also see synergies between what we are doing at Leadership Delaware and the mission of WilmU. Look for great partnerships and educational experiences in the future.”