WilmU’s Promise Grants: A Helping Hand When the Classroom is Calling 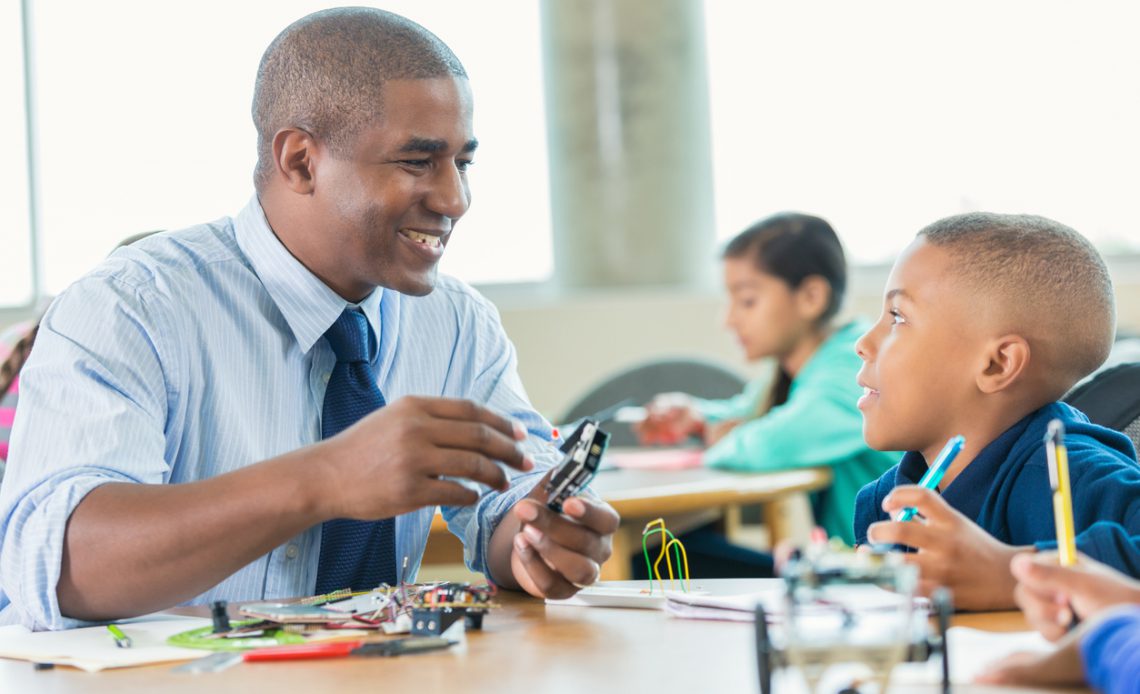 In elementary school classrooms, racially and ethnically diverse student populations benefit from diversity among their teachers. In most school districts, however, teacher diversity is in short supply. A new scholarship opportunity developed by Wilmington University’s College of Education seeks to change the face of teaching, starting with three aspiring educators.

WilmU’s Promise Grants program kicked off with the spring 2020 semester to recruit and encourage students who want to lead classrooms — specifically male students of color, a demographic that is underrepresented in elementary education.

“The promise in the Promise Grants is our commitment to the future of education,” says Dr. Michael Curry, who chairs WilmU’s undergraduate teacher preparation programs. “We want to support people who share that commitment.”

From opportunity to occupation

The grant program funds tuition, fees, and textbooks for full-time studies toward the Bachelor of Science degree in Elementary Education (K-6) at Wilmington University, and delivers one-on-one guidance for graduates from experienced educators.

“We don’t want finances to be a hurdle they can’t overcome,” says Curry, “but we also want to provide professional mentoring as they begin their careers, as we build an educational workforce that looks more like the students it’s serving.”

Grant recipients are selected based on recommendations from College of Education faculty or administrators at Delaware Technical Community College, in the cases of promising students who are completing associate degrees in education there.

For three of the College of Education’s students, Promise Grants have opened the door to opportunity.

After earning an associate degree at Delaware Tech’s Georgetown campus in 2018, Jaime Flores-Suaza worked as a classroom assistant at Georgetown Elementary School in the Indian River School District and as an assistant teacher at Delaware 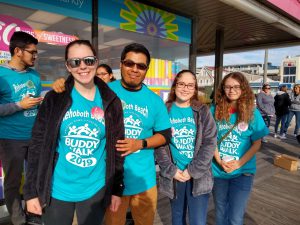 Tech’s pre-school. He’d also volunteered his time at the Caesar Rodney School District’s John S. Charlton School for students with special needs in Camden, and to other educational and community opportunities in the Dover area.

“With the help of this award, I have been able to resume my educational career, and am taking steps toward earning a bachelor’s degree,” says Flores-Suaza, 24, who started his WilmU coursework in January 2020 with an eye on dual general and special education certification.

He sees his educational and career goals as a means to fulfilling his own teachers’ encouragements to develop the next generation. “I’ve realized how important an educator’s role is to our community,” he says. “To help inspire young adults into helping each other, and to provide a safe and positive environment, is what got me interested in teaching as a career.”

Walter Siefa, 23, was six courses away from a bachelor’s degree in Organizational Management from WilmU’s College of Business when he changed his mind, the direction of his studies, and his life. In August, he began coursework toward a bachelor’s in Elementary Education, with the assistance of a Promise Grant.

“I wanted to make a different kind of impact,” he says. “I want to bring some kind of change, even if it’s small. Any kind of change is good.”

The pursuit of teaching as a career is a major change for Siefa, who began his WilmU education as a participant in Year Up Wilmington. The local chapter of the national nonprofit prepares students for business careers through intensive professional skills training at WilmU and internships with area companies. In fact, Siefa’s internship at JPMorgan Chase & Co. led to his current full-time job as a financial analyst with the firm.

His dream job, however, is still ahead. “I’ve learned to be open-minded in everything I do,” he says. “You never know what it’s going to lead to.”

For 15 years, while he supervised the pre-teens and adolescents living and learning together in a group home, Titus Mims considered the influence that a positive role model might have on younger children. 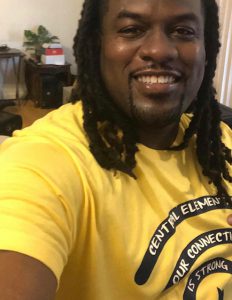 “I knew that teaching was my path when I began working with children with mental health and behavioral issues,” says Mims, 39, now a paraeducator at Seaford Elementary School. “I thought, if I could meet them earlier and give them something else to live for, to believe in, I could help to change their course.”

His first step toward that goal was earning an associate degree from Delaware Tech this past spring. The next was starting his bachelor’s at WilmU in the fall semester.

For a husband and father of five, there’s no understating the time and effort that his degree will require. But, he says, he’s grateful for the Promise Grant.

“It came at the right time,” says Mims. “It’ll help me to continue and complete something I’ve been striving for a long time. It’s definitely a blessing.”

“As educators, we see the daily impact we have on students in the classroom,” says Andrew Stratton, Mr. Flores-Suaza’s academic advisor at WilmU’s Dover location, “but one of the things we don’t see much of, is how we actually end up influencing the rest of their lives. In this case, though, we do. For our recipients, their future careers may not have been available without this grant.”