Family Bands Together to Donate Blood 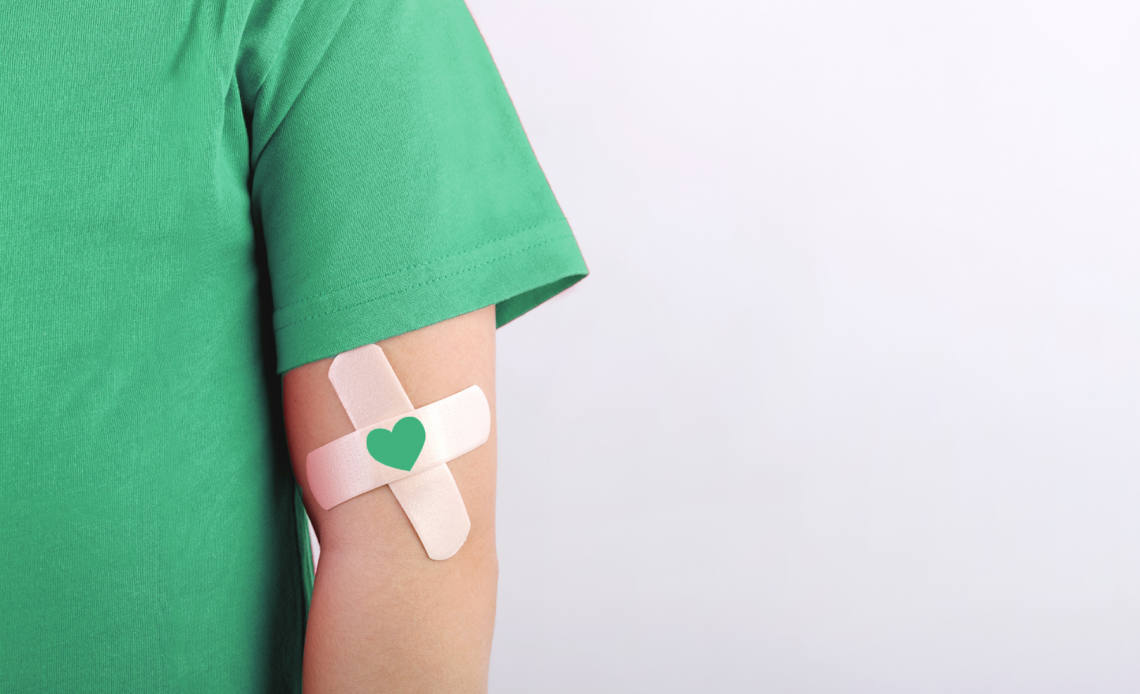 As chair of Health Sciences in the College of Health Professions, Dr. Angela Herman knows the importance of a healthy blood platelet count. It’s an issue that impacts her family outside of academia. Her husband, Mike, has been treated for multiple myeloma, a form of blood cancer, for seven years.

Recently, Mike’s platelet count dropped to 30, well beneath the 150 that’s necessary needed for proper clotting. That also meant that he would no longer be eligible for a clinical trial at Pennsylvania Hospital.

So Dr. Herman and the rest of the family rolled up their sleeves and made an appointment at the Blood Bank of Delmarva in Christiana to donate blood so their platelets could be transfused to Mike.

Dr. Herman, her two daughters, Caroline and Natalie DiSabatino, and stepson, Thomas Herman, all donated blood on a Saturday afternoon.

“They knew they would be able to replace (the platelets) and get him back to where he needed to be,” she says. “If not, he was going to be taken out of the clinical trial that we think is going to make a huge difference in his cancer.”

Dr. Herman also hopes the donations of her daughters and stepson will inspire other young people, who typically do not donate as often as their parents. Other people who want to donate as a group can schedule an appointment by calling 1-888-8BLOOD8.