Wilmington College was chartered by the state of Delaware on Dec. 27, 1967, though its classes began in 1968.

Students recruited from New Jersey and New York lived in dorms and attended classes at the newly purchased Tour Inn Motor Court on DuPont Highway in New Castle, Delaware. The governance of Wilmington University rests with its Board of Trustees. Today, Joseph Farnan Jr. leads the dedicated board. Dr. Donald E. Ross was appointed founding president late in 1967 and held the office from 1968 through 1977. Chairman Nicholas Mazarella, who served as acting president from July 1, 1977, through January 30, 1979, succeeded him. Dr. Audrey Doberstein became president on April 6, 1979, then was succeeded by Dr. Jack Varsalona in 2005. He served as president until June 2017. Dr. LaVerne Harmon was appointed president on July 1, 2017, and leads the University today. 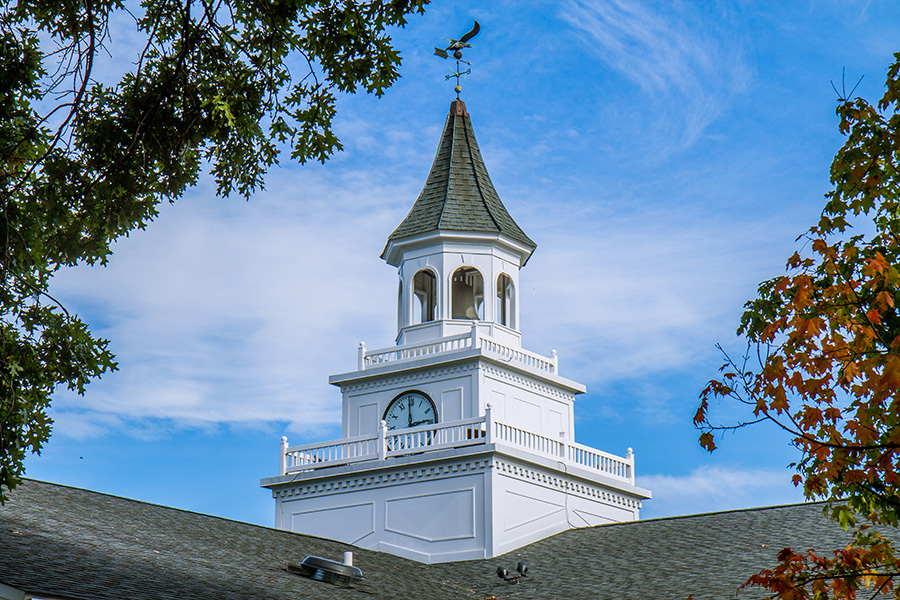 Wilmington University serves more than 20,000 students, 87 percent of whom work full- or part-time. It offers more than 150 degree and certificate programs and conducts more than 100 fully online programs at the bachelor’s,...
2010 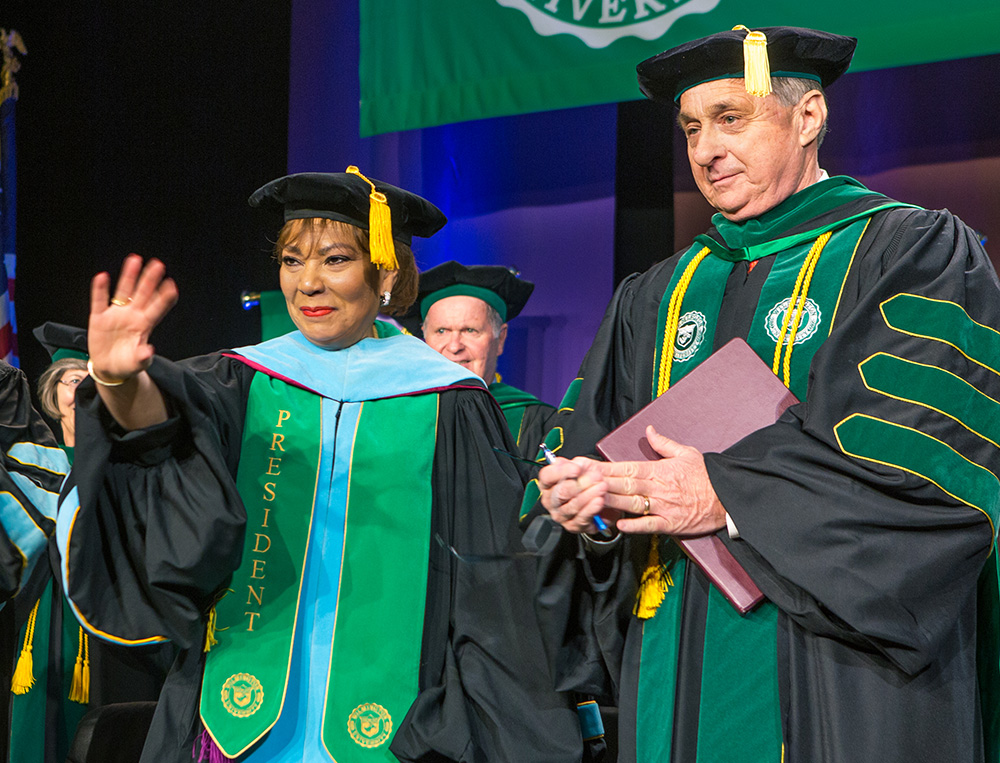 Dr. LaVerne T. Harmon was unanimously approved by the Board of Trustees to serve as the fourth president of Wilmington University. She is the first African-American woman to be named the president of a university...
2010 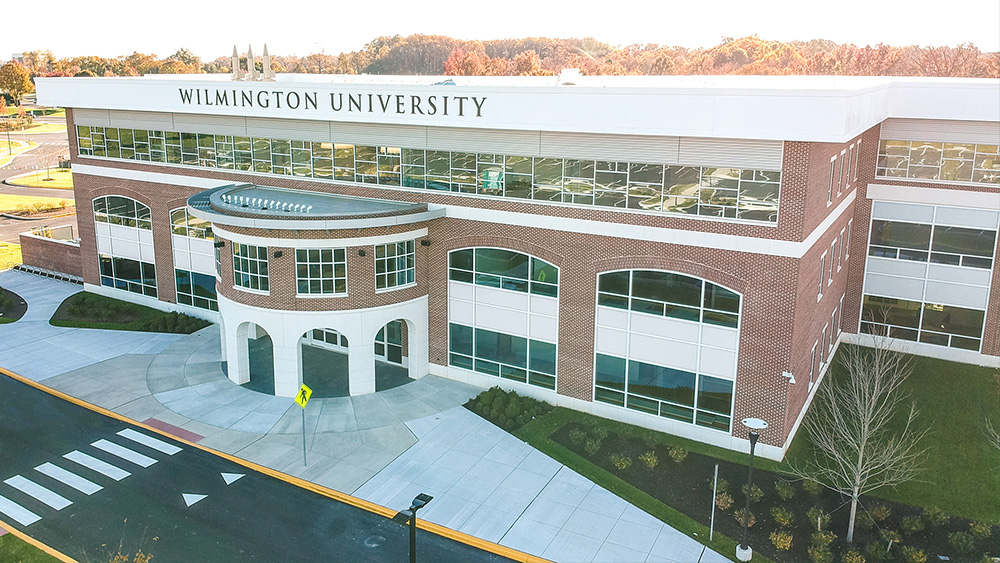 Ground was broken in 2017 for Wilmington University Brandywine, a 41.5-acre location that will replace the Concord Plaza location. For more info, visit wilmu.edu/brandywine. Classes begin this January!
2010

The Doctor of Nursing Practice (DNP) degree program was launched. (The first cohort graduated in May of 2015.)     WilmU’s College of Online and Experiential Learning was established.     Enrollment of international students...
2010 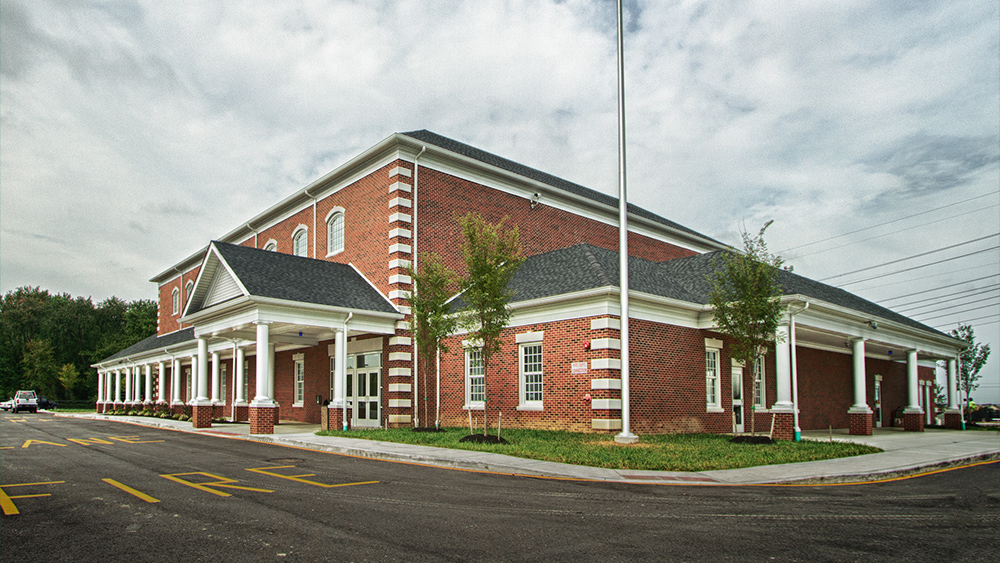 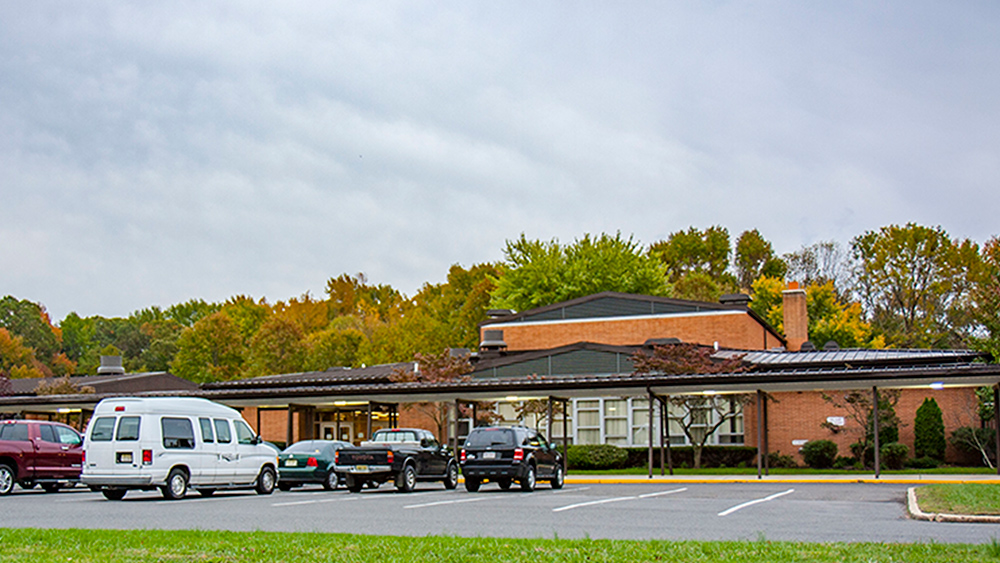 The University opened its location at the Joint Base McGuire-Dix-Lakehurst Air Force Base.
2000

The Doctor of Business Administration (DBA) program was initiated.
2000 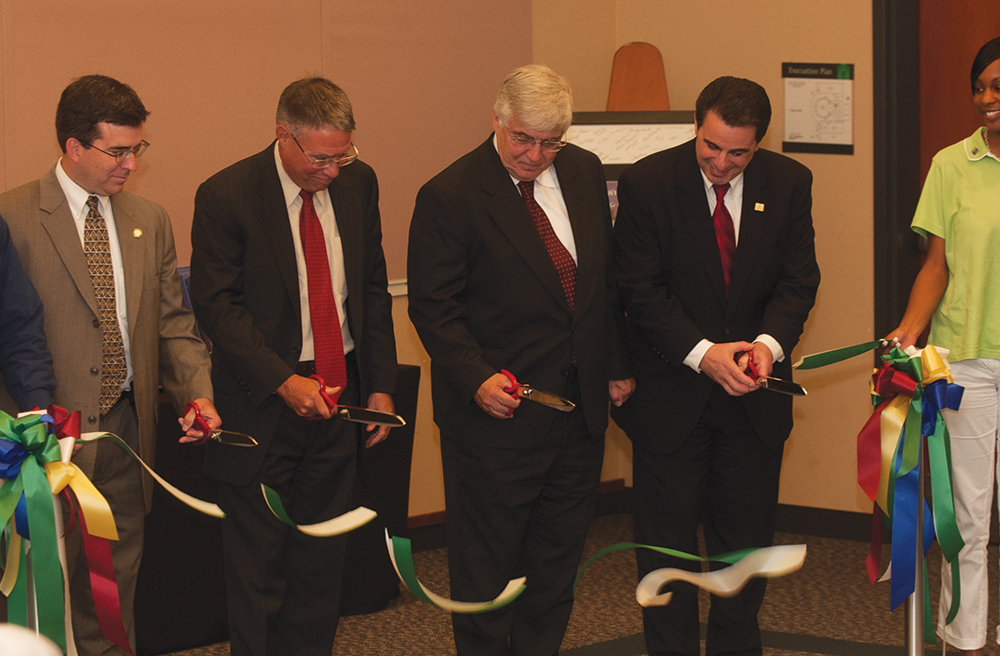 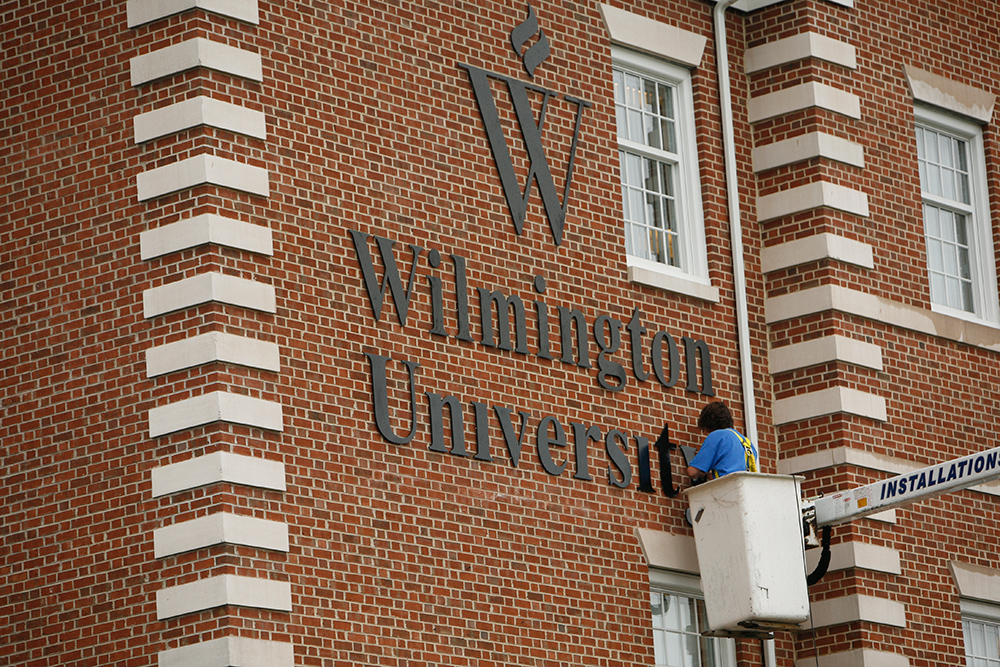 The DBA program was introduced.
2000 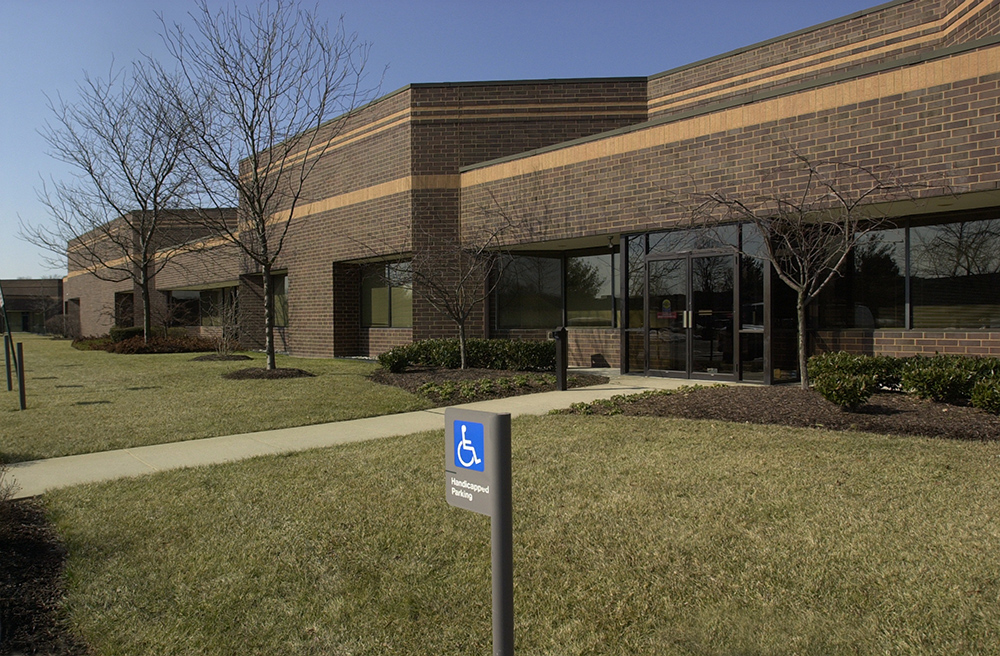 Reaccreditation followed self-study and a team visit. There were no recommendations.     The University’s Faculty Development area was created. (It became the Center for Teaching Excellence in September of 2016.)
2000 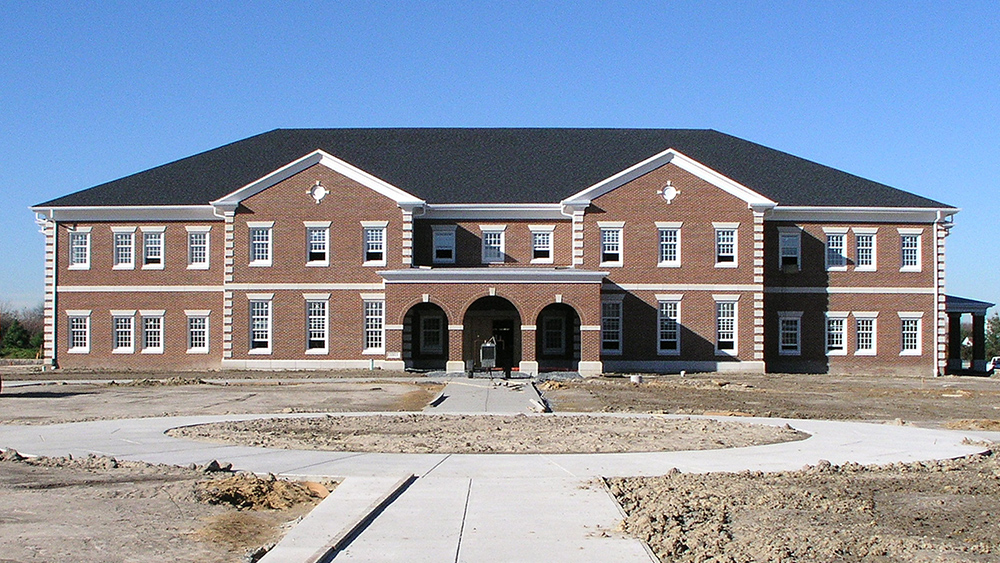 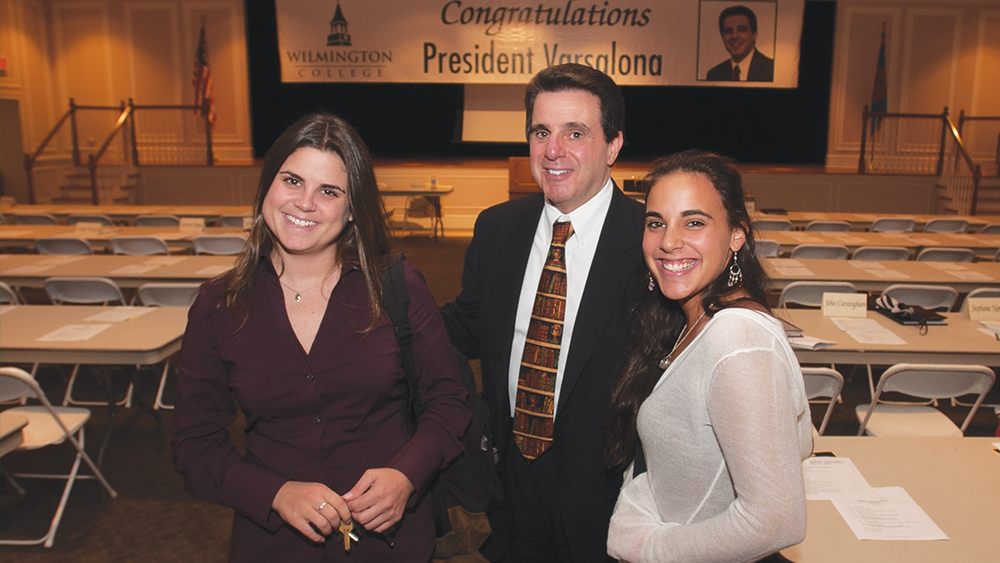 Dr. Jack P. Varsalona was named the third president of Wilmington College. He had taught courses as an adjunct since 1983 and was hired full-time on April 6, 1987. Under his leadership, enrollment grew from...
2000 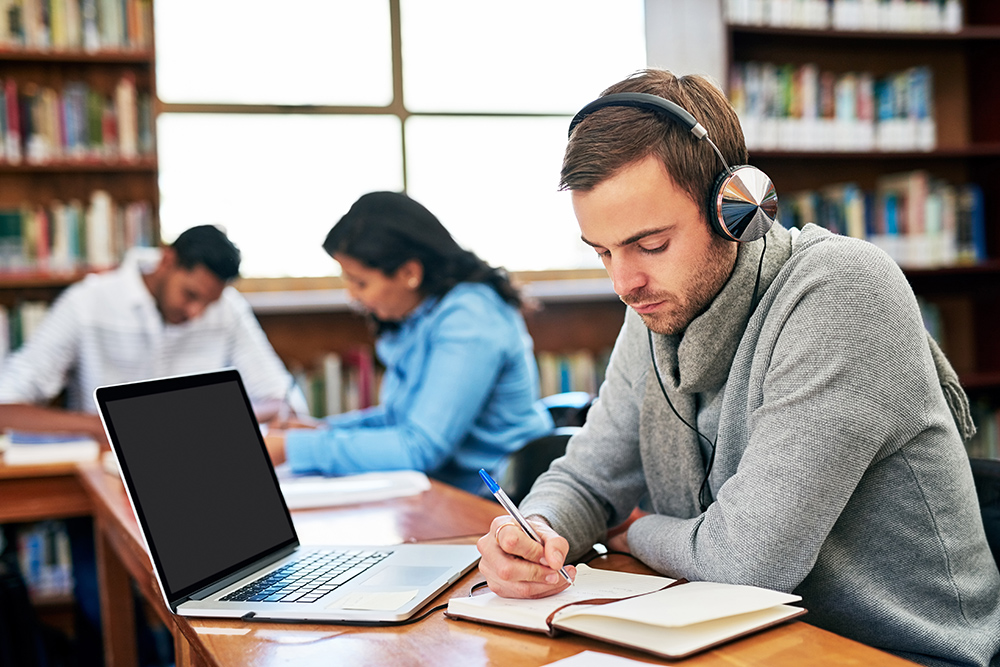 The Admissions and Classroom Center opened. (It was renamed the Audrey Kohl Doberstein Admissions Center in the fall of 2007.)
1990
1990 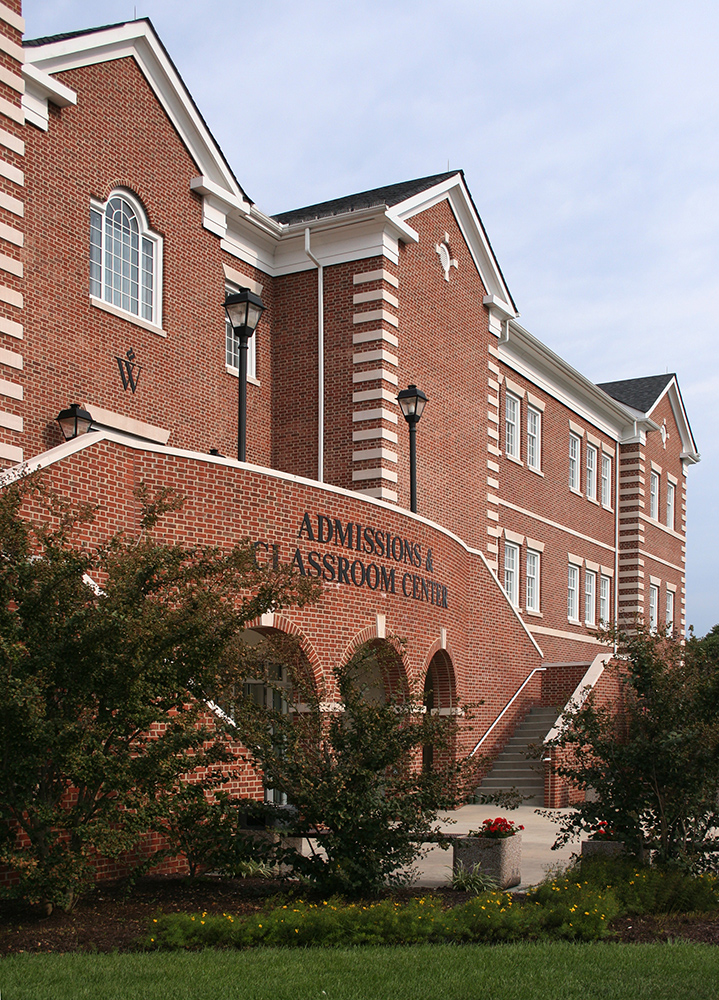 A new academic division, Division of Advanced Communications Technology, was introduced. It later became the College of Technology.
1990 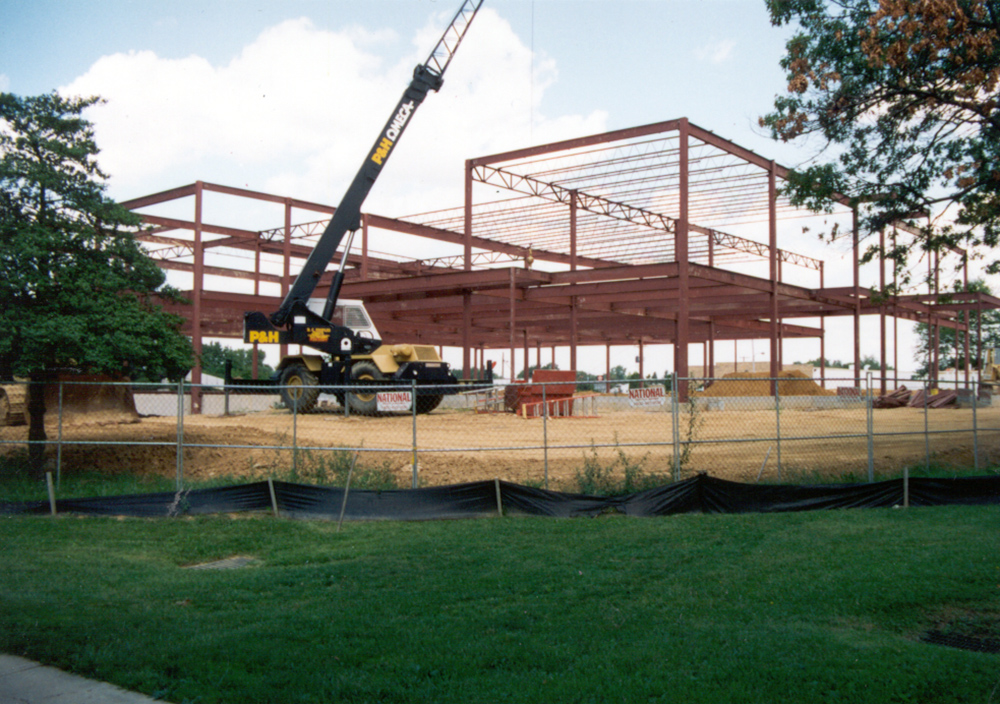 Ground was broken for the 65,000-square-foot Robert C. and Dorothy M. Peoples Library Building on the New Castle location. It housed an extensive library, as well as labs, classrooms and offices.
1990

The Doctor of Education in Innovation and Leadership program began and was offered in both the northern and southern portions of the state.
1980
1980 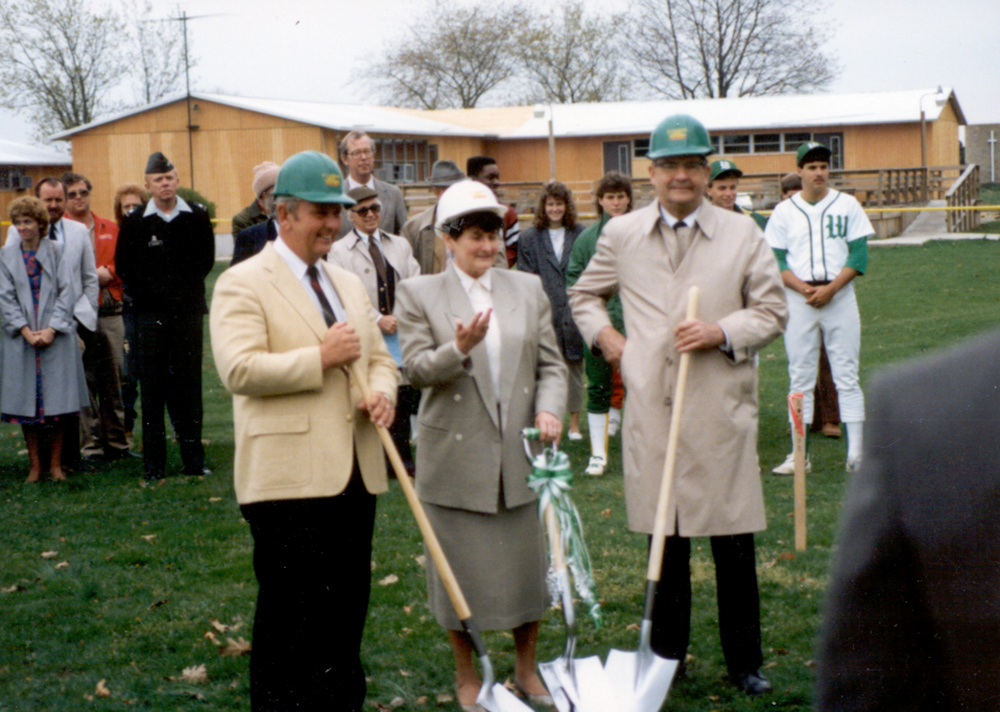 Ground was broken for the 26,000-square-foot Pratt Student Center at the New Castle location. Dedicated on April 20, 1988, it housed a gym, exercise room, student services, faculty offices, labs and lecture rooms. (The New...
1980

The first BSN program was formed to serve working nurses who needed flexible schedules and wanted to advance in the health care industry.  (The MSN was established in 1993.) Police academies were added to the...
1980 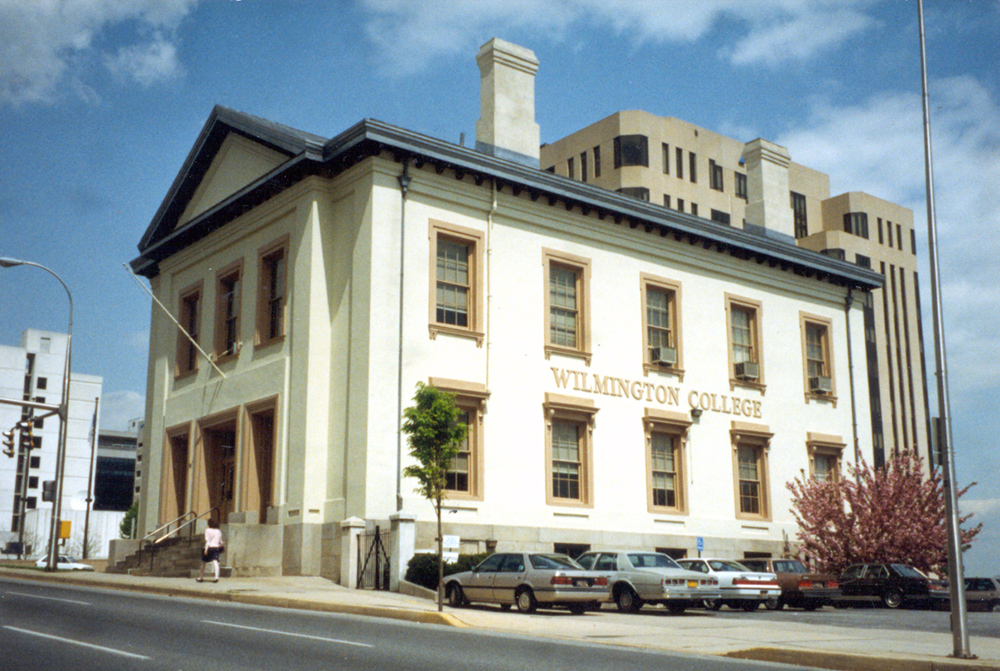 The college acquired the U.S. Customs House in Wilmington. Its classrooms and conference rooms accommodated students who lived or worked in the city. (The building was sold in 2007.)
1980 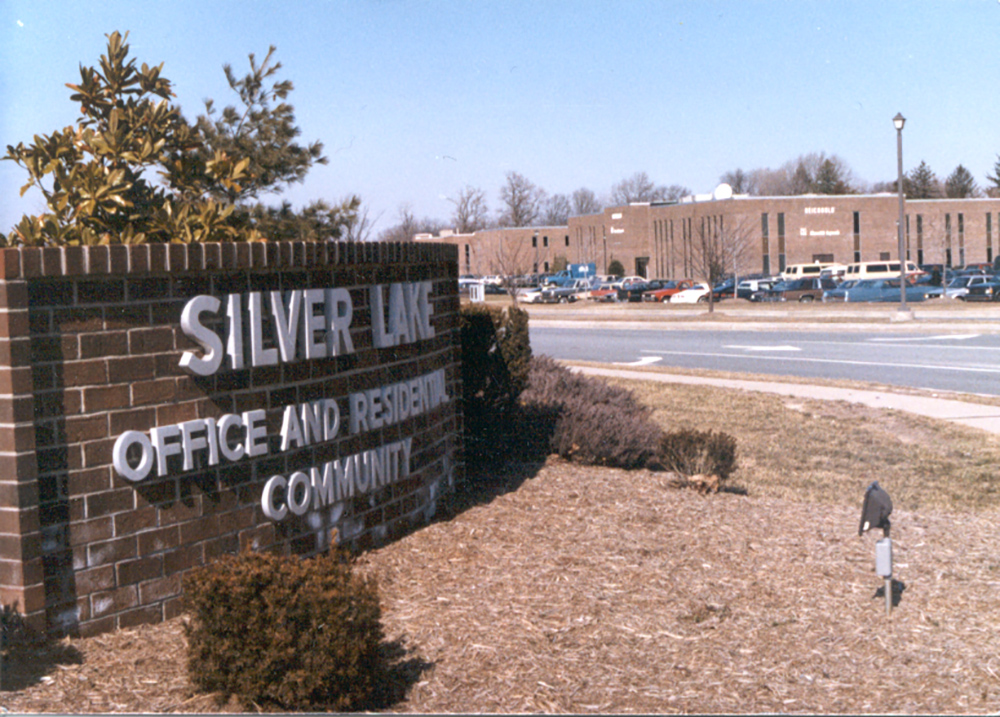 The college opened a second location in Dover at Silver Lake.
1980 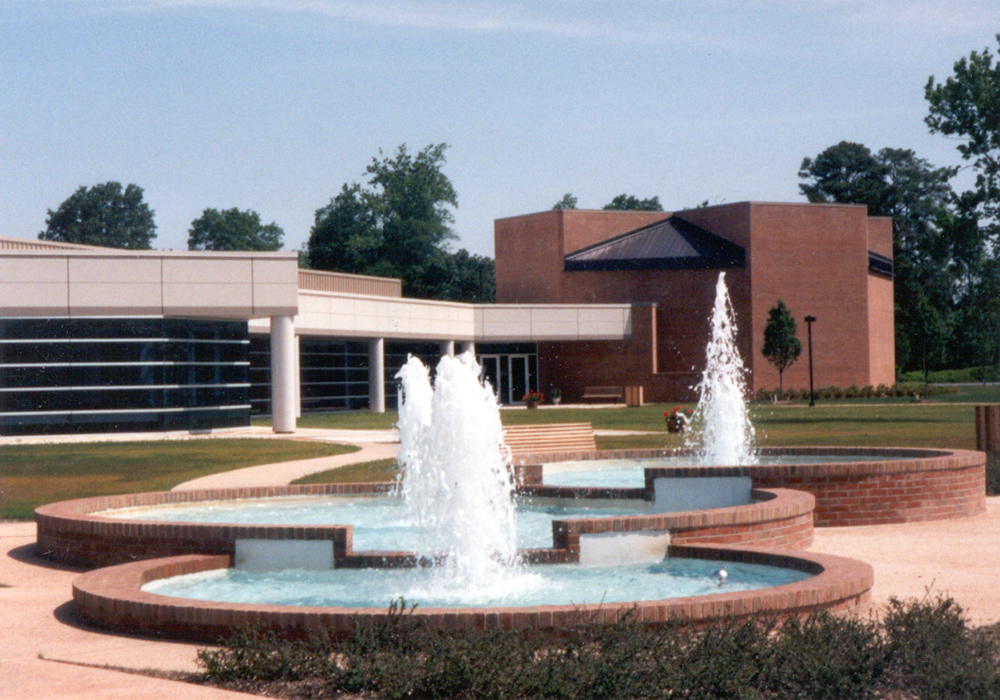 The college opened its Georgetown location at Delaware Technical Community College’s southern campus — the genesis of a fruitful partnership.
1980

Men’s and women’s softball and volleyball varsity teams were formed.     The institution moved from a two-semester to a three-semester year and began offering eight-week courses.
1970
1970 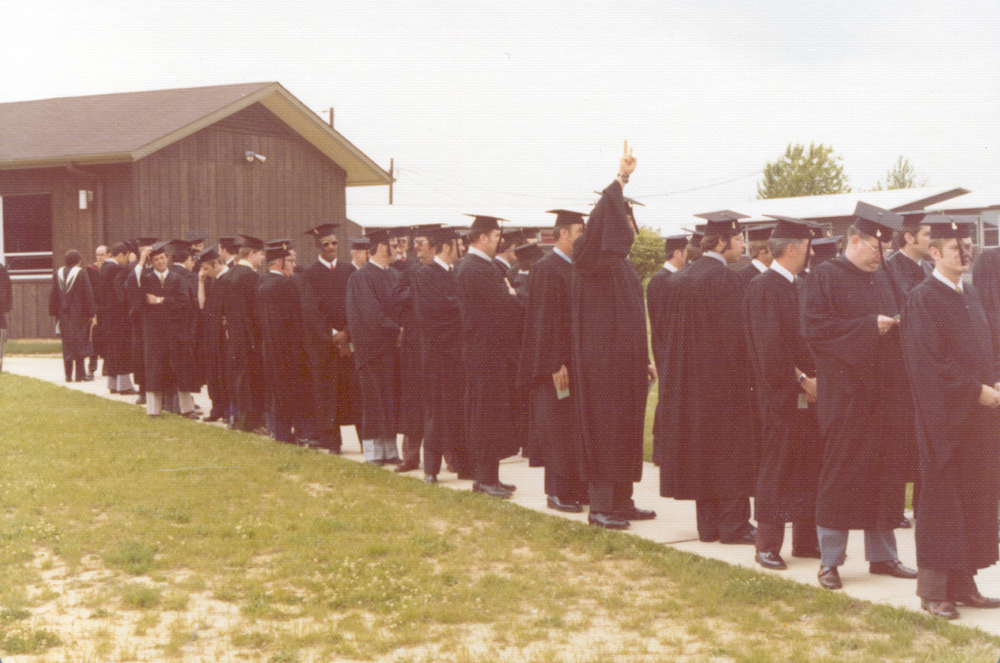 The college celebrated its first graduating class of 174 students.
1970 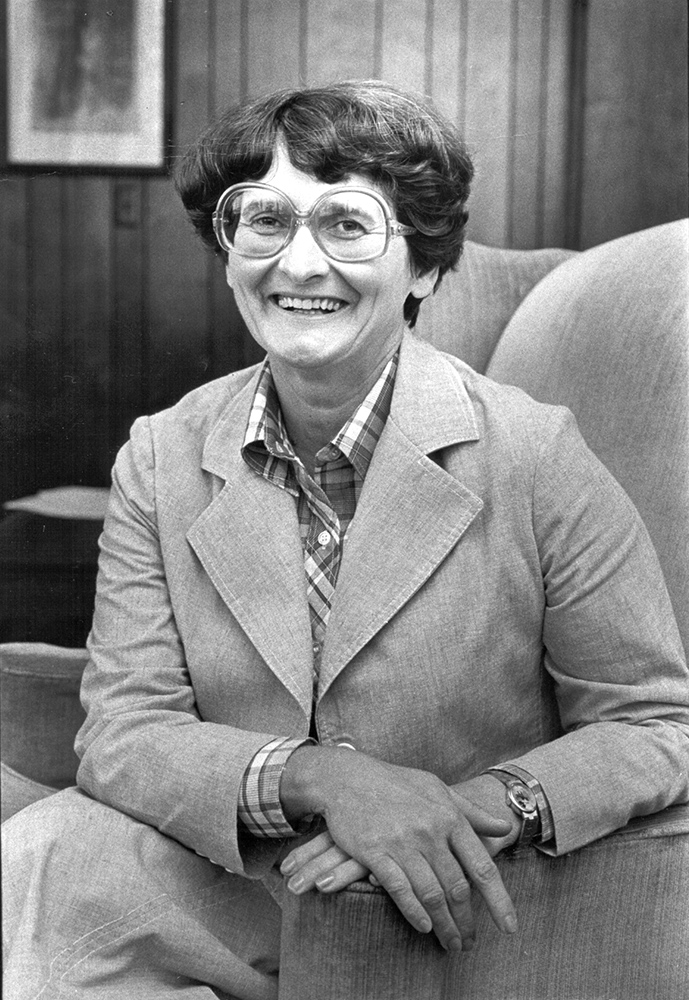 Dr. Audrey Kohl Doberstein was named president of Wilmington College, which made her the first female to preside over a four-year college in Delaware. Her vision was to transform the college into a thriving institution...
1970

Wilmington College received accreditation from the Commission on Higher Education of the Middle States. As President Ross stated upon receipt of the accreditation letter: “We crawled before we walked. Now we’re getting ready to run.”
1970 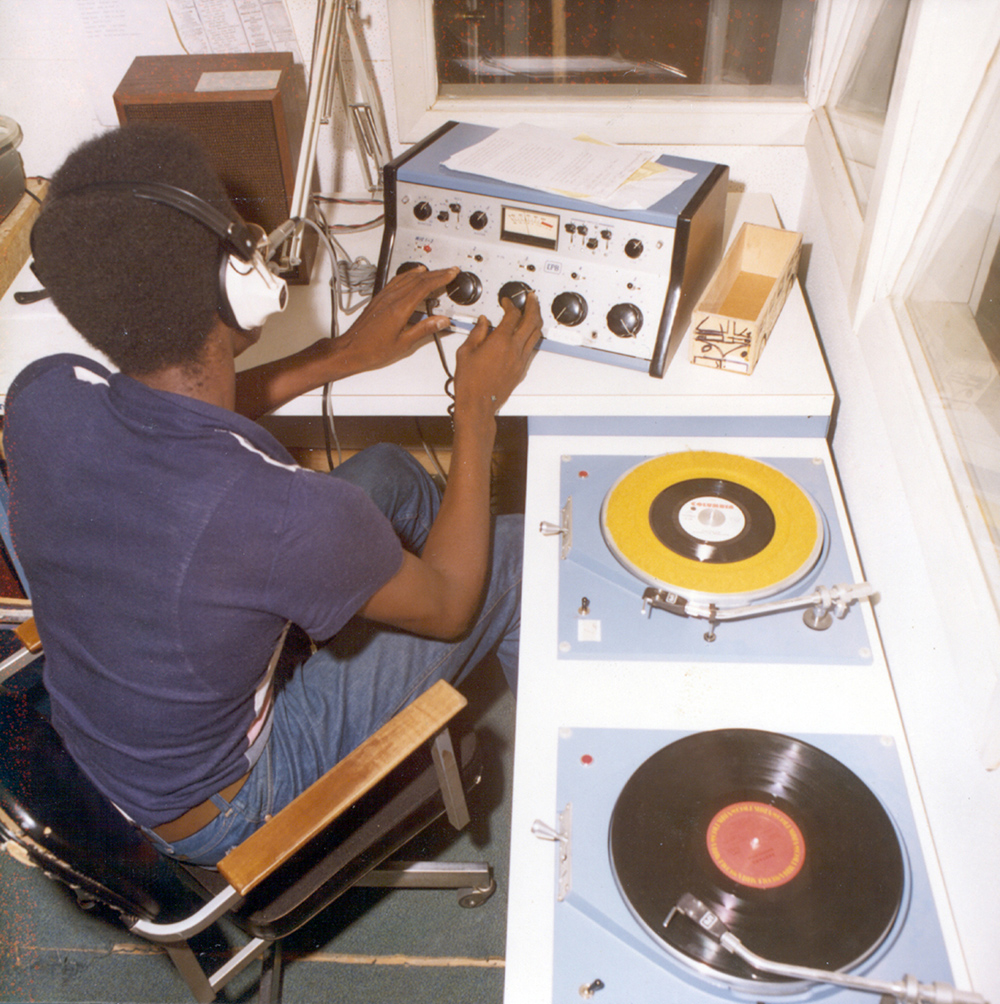 Enrollment hit 650. Evening and weekend classes were scheduled to accommodate the growing numbers of working students. The year also saw the initiation of WCOM, the college’s radio and television stations.
1970

Student demographics shifted significantly. Enrollment consisted of 630 students — 482 men and 148 women; 402 were full-time students while 228 enrolled as part-timers. Two-thirds were local and commuted to classes. The majority of students...
1970 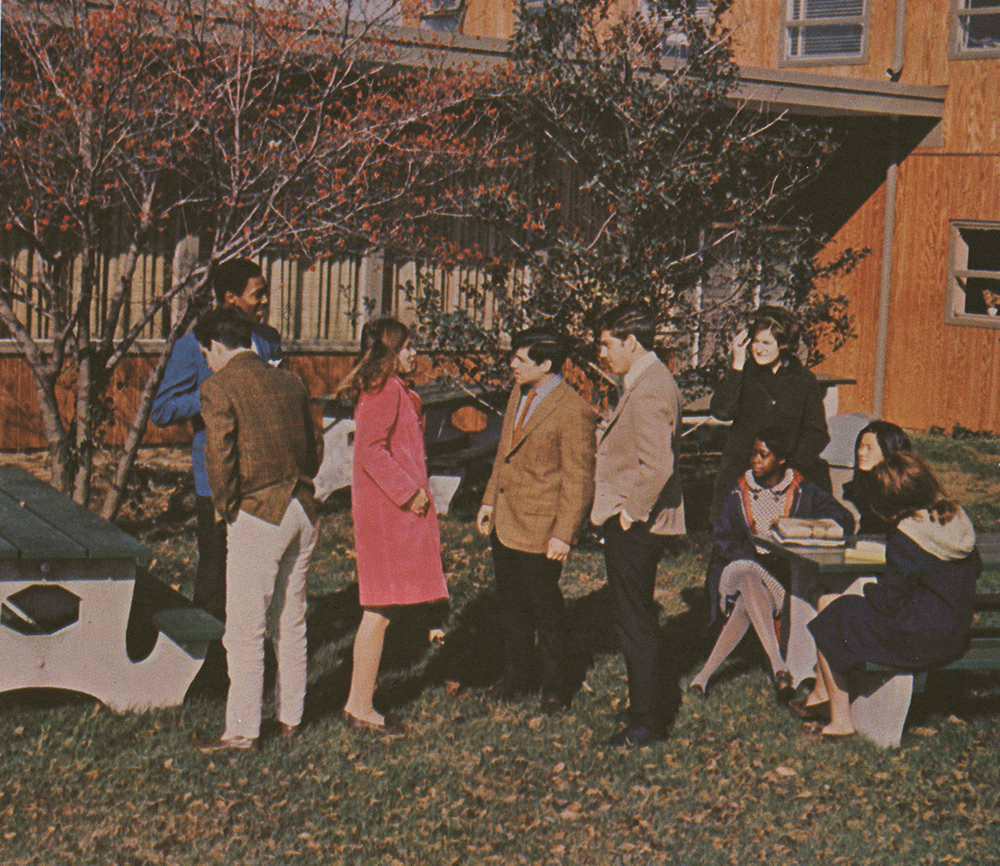 The student population had grown to 310, an increase of 35 percent in one year. Four majors, Behavioral Science, Communication Arts, Criminal Justice and Aviation Management, were added, making it a total of seven degree...
1960
1960 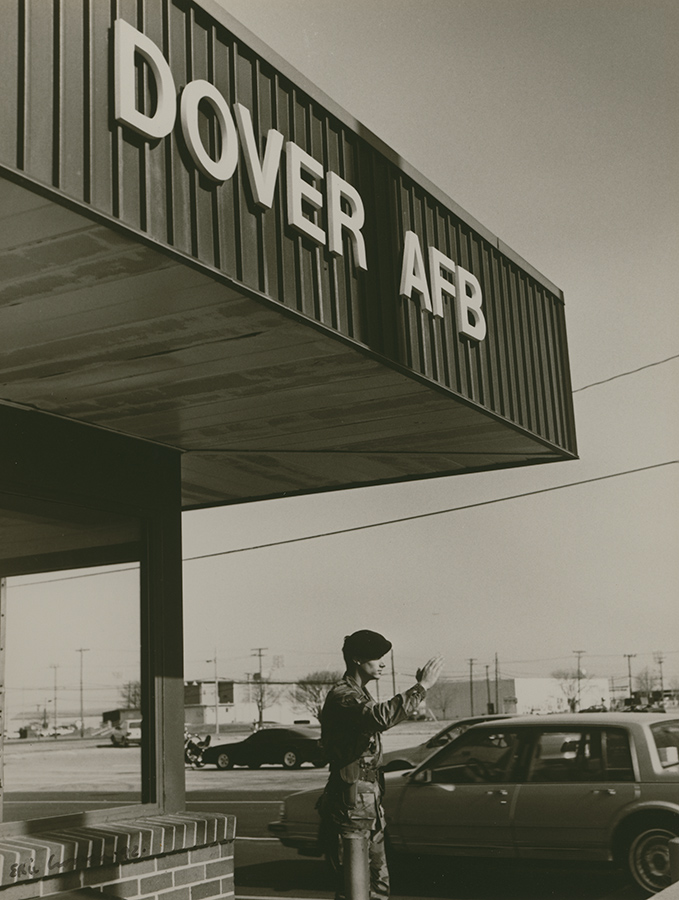 Wilmington College established a location at Dover Air Force Base to accommodate numerous military students as well as those interested in Aviation curriculum.
1960 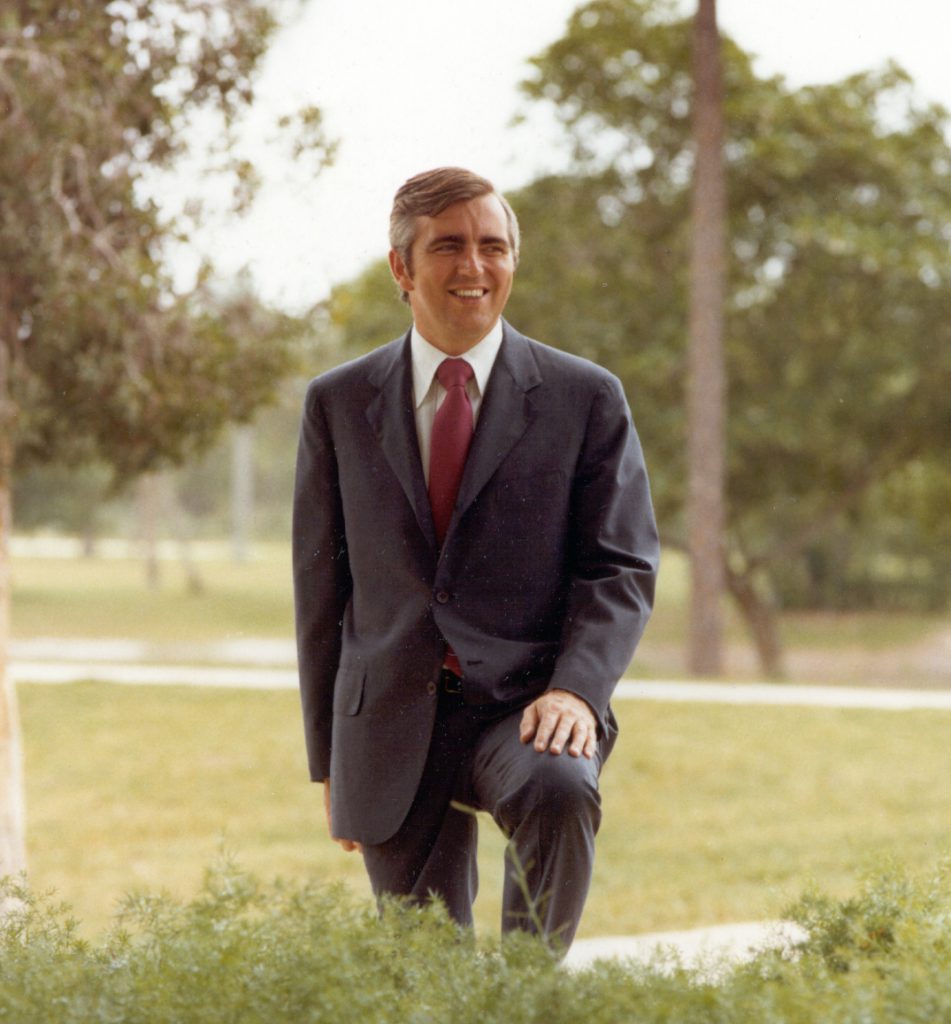 Under the direction of President Donald E. Ross, Wilmington College opened to 147 students. Eight men and women were hired as full-time professors and several community members and field experts formed the adjunct faculty. In...
1959
1959

Wilmington University serves more than 20,000 students, 87 percent of whom work full- or part-time. It offers more than 150 degree and certificate programs and conducts more than 100 fully online programs at the bachelor’s,...
Share:
Magazine Fall 2018
1297
Share: