Men’s lacrosse at Wilmington University will finally become a reality starting this spring. 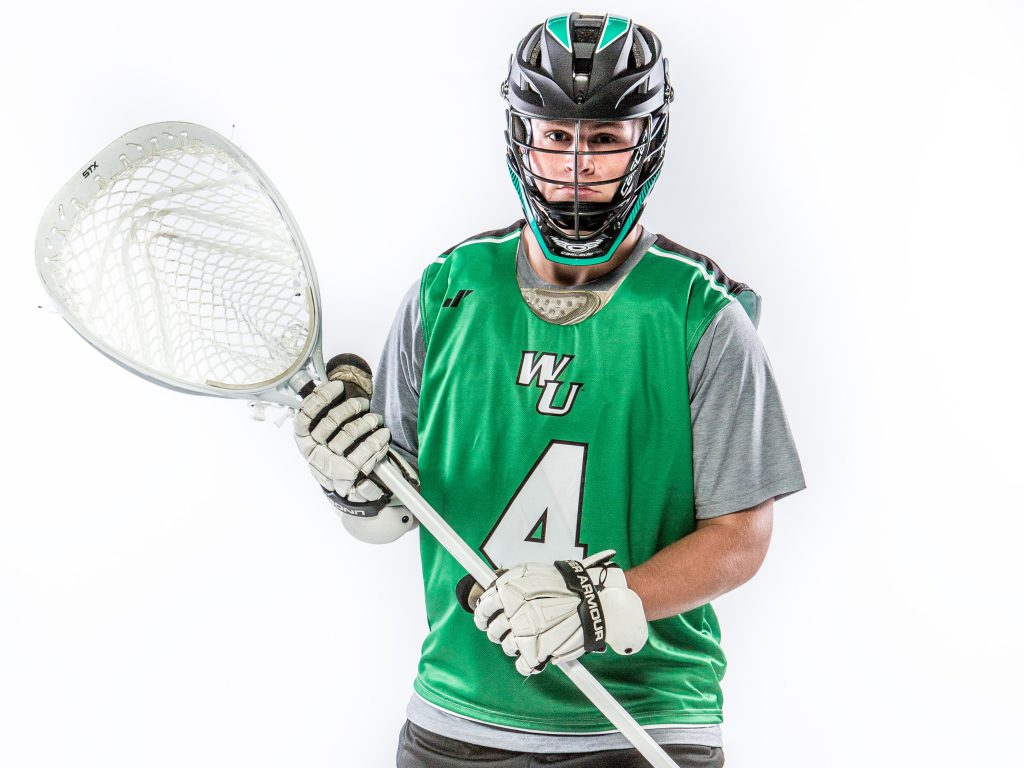 Noah Given | Photo by Paul Patton

Newly appointed Head Coach Christian Zwickert has heard rumblings of collegiate lacrosse coming to New Castle ever since a conversation with former Director of Athletics Frank Aiello in 2005. The plan at that time was to get the women’s lacrosse program off and running before following suit with a men’s program.

Zwickert has been waiting for 12 years for the opportunity.

“Having an NCAA Division II program in Delaware gives guys an option to stay home and play competitive lacrosse, all while getting an affordable and outstanding education,” Zwickert says. “A lot of Delaware kids just go to the University of Delaware and play club lacrosse just because it’s the only option for lacrosse at a high level in the state. A lot of those student-athletes could come here and help us win a championship rather quickly.”

Zwickert had his work cut out for him. Not only was he faced with starting a program from scratch, he also could not start recruiting student-athletes until February. And, since collegiate men’s lacrosse has 10 players on the field, he needed 22 student-athletes in order to hold an intrasquad scrimmage.

But he managed. Using his connections with the Delaware Silverbacks club and calling multiple junior college coaches in the tri-state area, Zwickert brought in 27 student-athletes in a little more than four months of recruiting.

“Lacrosse is such a close-knit community,” he says. “I received a lot of emails from coaches not only in the CACC (Central Atlantic Collegiate Conference), but across the East Region congratulating me and welcoming us to Division II. They knew the situation I was in and opened up their recruiting databases to give us a boost.”

Zwickert also brought in five assistant coaches from a wide area — Delaware, Maryland, New Jersey and Pennsylvania. Three of them have graduate degrees from Wilmington University, which helps in recruiting.

This fall will provide Zwickert and his staff ample time to teach and communicate the culture of Wilmington Athletics. With only one fall season before competitive games start, Zwickert wants to instill a tough, physical, and competitive ethic to lay the groundwork for years to come.

Looking to that future, Zwickert says he wants to recruit the right student-athlete — “which means ones that are willing to work hard, tend to their academics, are good with time management, have integrity to commitment. If we get those guys in the door, it’s a real scenario that we could be a Top 10 program by the end of year five. It’s not going to be easy. It’s going to be a lot of hard work, but it’s also going to be a lot of fun. I hope the community sees that and comes out to our games and gets behind us.” WU