Tragedy struck WilmU adjunct Marc Anderson’s family in January of 2015 when their son and brother, Jason, died in a car accident. 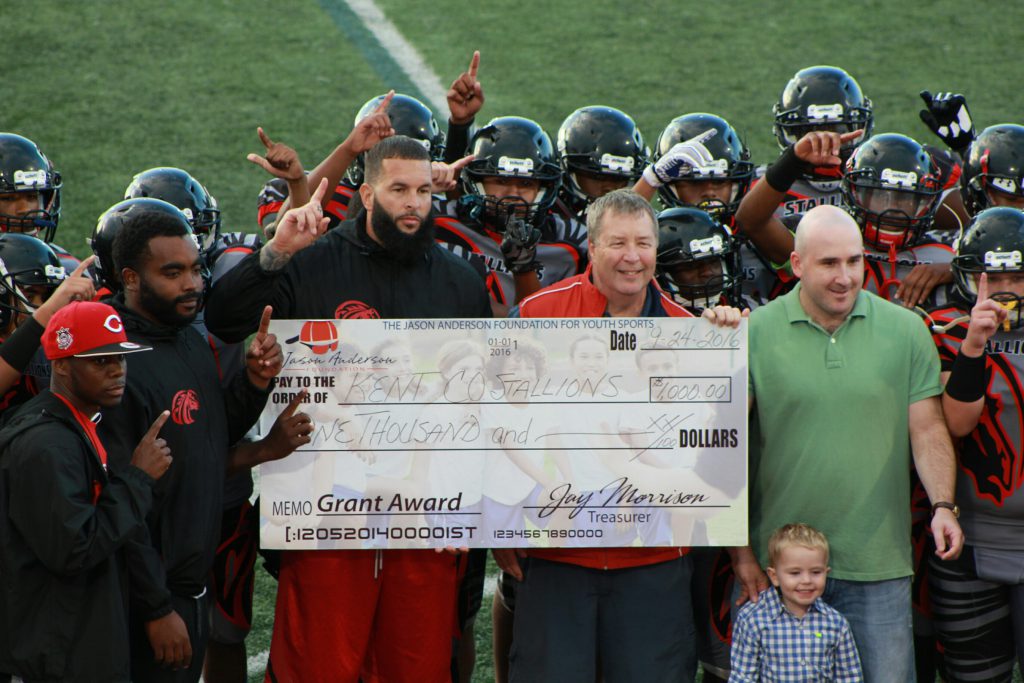 Adjunct Marc Anderson delivers a check to the Kent County Stallions on behalf of the Jason Anderson Youth Sports Foundation.

He was just 33. Amid indescribable pain, Anderson found a way to cope by honoring his son’s legacy and staying focused on his WilmU students.

Anderson had only been an adjunct for four months prior to the accident, but found that teaching distracted him, albeit temporarily, from the grief. He acknowledges the support he received from Dr. Amy Danley, chair of the Marketing program in WilmU’s College of Business.

“It says a great deal about the type of man Marc is,” says Dr. Danley. “We offered to have someone else either teach his course in the interim or provide assistance with grading, but Marc was dedicated. His students connect with him because they can tell he wants the best for them.”

Anderson, along with his wife, Claire, their son, Eric, daughter-in-law, Kati, and grandson, Ryan, established the Jason Anderson Youth Sports Foundation. Its mission is to provide children in need the opportunity to participate in community-organized sports. The foundation awarded $8,000 in grants to seven local Delaware youth sports organizations in its first year and is on target to deliver $10,000 in grants by the end of 2017.

“Any parent who has lost a child will tell you it’s the worst thing that can ever happen to you,” says Anderson. “But having this organization makes me feel like this is what Jason would want. I think he’d be proud.” WU