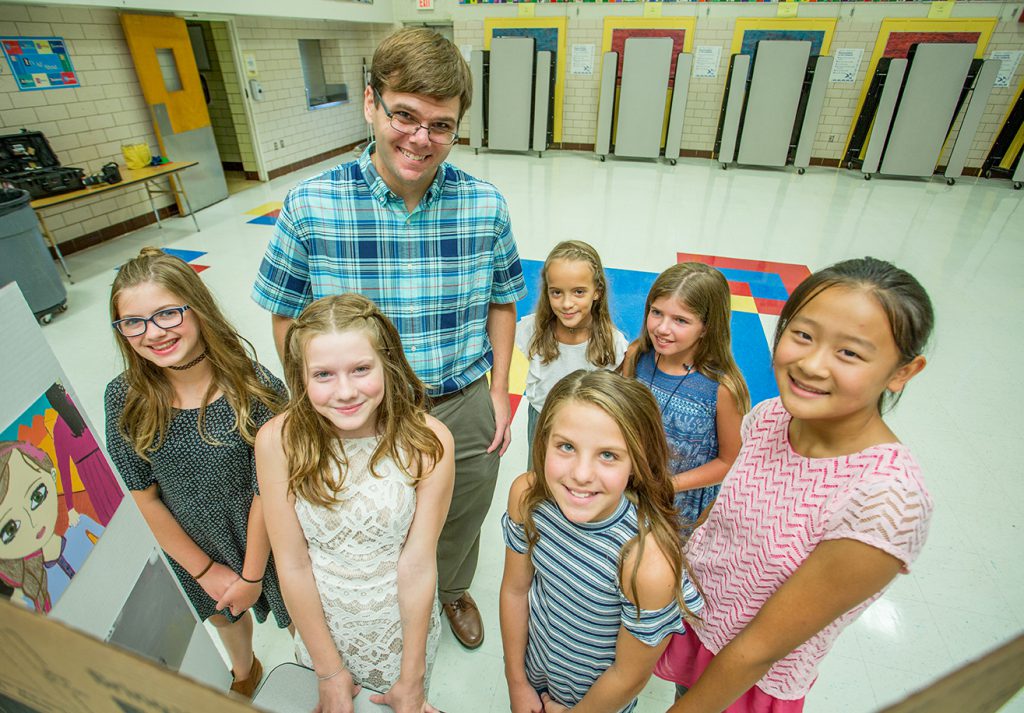 Andress never thought the project would evolve in the way it did. “It started as an outlet for a small group of students who started a writing club,” he says, adding that the group’s excitement spilled into the classroom and he found ways to harness their creativity while supporting the curriculum.

Rachel Gould, who is now a sixth-grader in the Dickinson IB Middle Years Programme, worked on the project as head storyboarder and assistant writer. “I was amazed at how much we accomplished with our project at our young age,” she says.

“We had lots of kids working on the project,” she says, “so we had to split up roles and make it fair for everyone. Everyone had to give their own piece of the story because even the smallest details mattered.”

The class received an official letter from Sir Conan Doyle Estate, Ltd. acknowledging its creative efforts. Doyle was the original author of the Sherlock Holmes books and his step-great-grandson Richard Pooley wrote the letter.

This was Andress’s first full year as a teacher since graduating from WilmU in 2015 with his bachelor’s in Elementary Education K–6. It’s a year that will stay with him forever.

“When you start teaching, it can be rough,” says Andress. “But I have a memento to remember my first class. It’s rewarding to read the different chapters and see each student’s personality jump off the pages.” WU

“Every Clue Counts” is available on Amazon and at Barnes and Noble. Proceeds will benefit the school’s PTA.