“He throws like a girl, “man-up,” “for the good of mankind” are expressions we see or hear almost every day — without giving them a second thought. 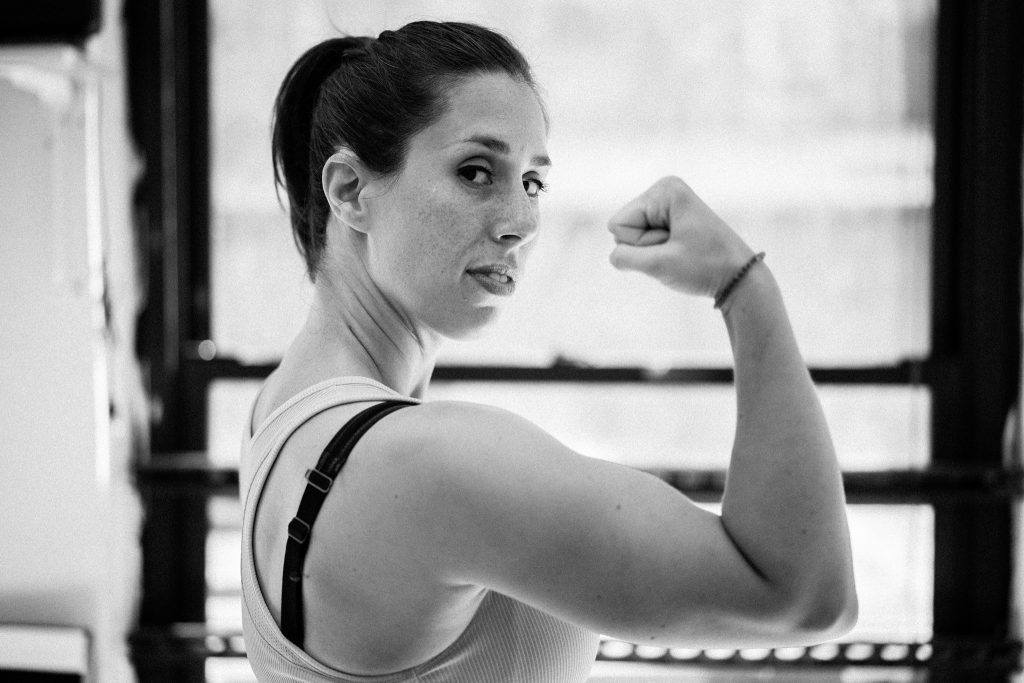 Rachel Piazza does, and she would like to see them expunged from the language.

“They serve to devalue women,” says the adjunct instructor at Wilmington University’s College of Social and Behavioral Sciences. As a feminist self-defense instructor who follows the empowerment model developed by the National Women’s Martial Arts Federation, she’s working to change that. She has developed a feminist self-defense curriculum based on her 10 years of experience in Brazilian Jiu-Jitsu. The curriculum is unique in that it is aimed at more than simple physical self-defense.

In a recent article on ESPN.com, Piazza explained the course this way: “Following a three-pronged approach focused on the culture of violence, boundary setting, and concrete tools, this model is a stark contrast from traditional self-defense, which is typically based on reacting to a situation, rather than that preventing or destabilizing it. Integral in these courses is the idea that violence against women often stems from unbalanced power dynamics. By teaching strategies like speaking with an assertive tone of voice, displaying confident body language, managing distance from the possible assailant and calling out inappropriate behavior, women can learn to interrupt escalating boundary violations.”

She has taught the self-defense course at several venues, including New York City, where she lives.

Piazza, who earned her master’s in Women’s & Gender Studies from Towson University, is co-founder
of the organization Feminist Friends, and is a founding officer of the National Organization for Women’s first virtual chapter, Young Feminists & Allies.

At WilmU, she was a TEDx speaker in 2015, and recently revised the Sociology of Sex & Gender (SOC 330) course. “It got a fantastic response,” she says, “and I feel it was transformative for the students, who talked of forming a feminist club at the University.” WU