The Fight Against Human Trafficking 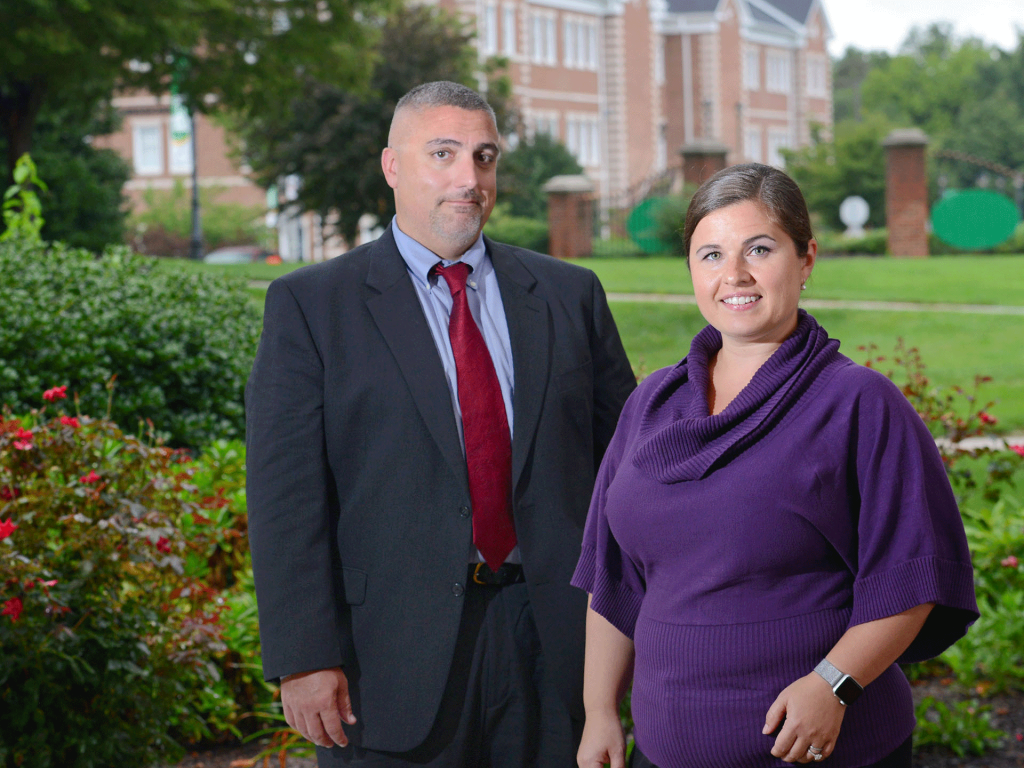 Frank Sabella and Karen Spring were members of a four-person panel at the Human Trafficking Symposium.

“They are inexperienced, naive, and trusting,” she said. “Their brains are still developing, but they seek independence.”

Young teaches Human Trafficking (SOC 404) and infuses her course with the real-life experiences of suspected victims of juvenile and adult sex trafficking on her court docket.  She also draws her knowledge from her role as the Family Court’s representative on the Delaware Human Trafficking Council, where she chairs its Juvenile subcommittee.

Young is one of more than a dozen WilmU faculty who participated as workshop and discussion leaders at the symposium. Reflecting WilmU’s commitment to its scholarly practitioner model, these instructors bring real-world experience into the classroom.

The keynote speaker was victim advocate and human trafficking survivor Holly Austin Smith. The author of the book, “Walking Prey: How America’s Youth Are Vulnerable to Sex Slavery,” Austin Smith discussed the dynamics of how, at 14, she was lured into child prostitution from her South Jersey suburban hometown.

Dan Salfas, a school resource officer with the Delaware State Police, is in daily contact with teenagers. “As an SRO,” he says, “it’s important to understand human trafficking to be able to help possible juveniles involved in such a horrific crime.”

Resource officers can raise awareness of human trafficking and Salfas, who has taught Sociology courses at WilmU for the past seven years, also has incorporated information about the issue into his Introduction to Sociology (SOC 101) classes. “It’s a hot topic that directly involves many sociological perspectives reviewed in SOC 101,” he says.

Karen Spring, a licensed clinical social worker, has been teaching Sociology courses at WilmU for more than 10 years. In her workplace, she encounters women in a health care setting, screens them for safety concerns and refers them to community agencies.

“I work with medical providers to raise awareness of the signs of human trafficking and abusive situations,” says Spring, who teaches graduate courses for the Case Management certificate. “We address human trafficking specifically and look at it as both a global and domestic issue. We discuss interviewing techniques and assessments that professionals in the human services field can use.”

Frank Sabella, a detective with the Cumberland County (New Jersey) prosecutor’s office, is a long-standing liaison to the New Jersey Human Trafficking Task Force.  He has conducted investigations into suspected human trafficking violations and does public outreach and education presentations on the topic.  Among the Sociology classes he teaches at WilmU’s New Jersey sites are courses that involve recognizing and investigating human trafficking.  Sabella also teaches courses for the Child Advocacy Studies certificate and incorporates information about human trafficking into his course on investigating child maltreatment.

“About half of the victims of human trafficking are children under 18 so it is important information to include in a class about child abuse,” says Sabella.

These instructors have their fingers on the pulse of the troubling issue of human trafficking and are helping to raise awareness with WilmU students. WU