Finding your path almost never involves a straight line, but rather a series of twists, turns and challenges. Wilmington University student Bryan Amoroso knows that better than anyone. 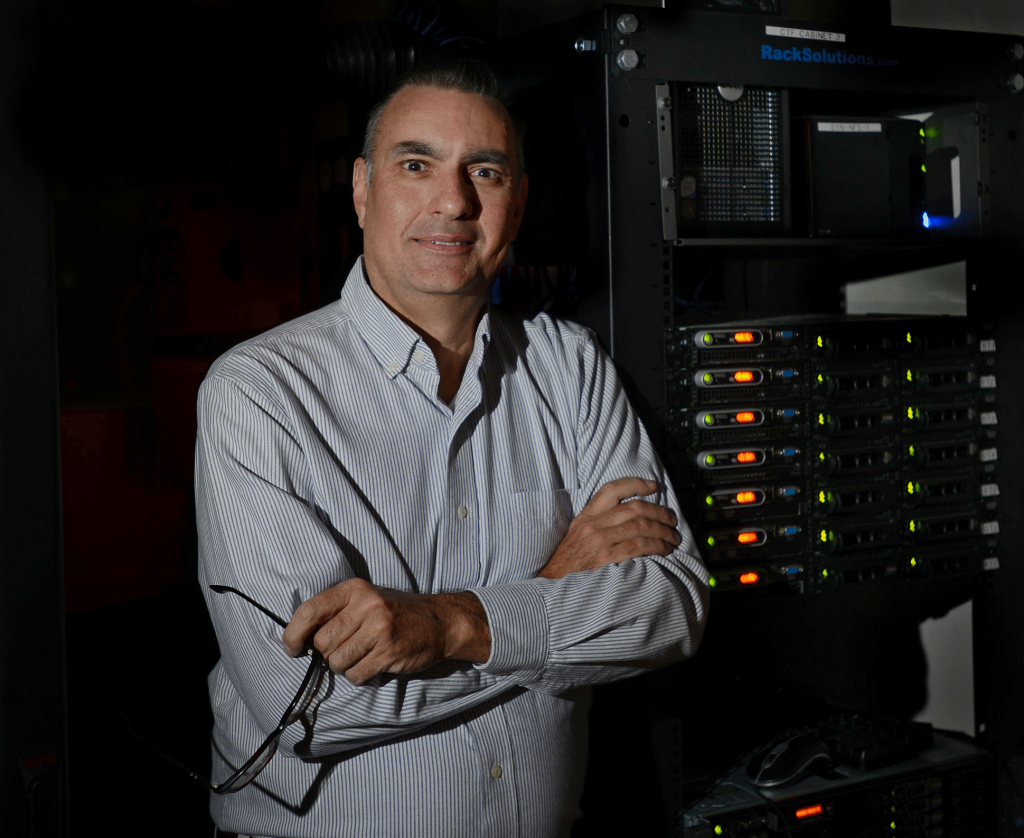 “After spending some time at college as a young man,” he says, “I decided what I was doing for an occupation wasn’t taking me as far as I wanted to go.”

After a lengthy career in Desktop Support that spanned the education, private and financial sectors, Amoroso decided to become a full-time student.

“As a desktop support specialist for many years,” he says, “I could see parts of my job becoming obsolete.” So by specializing in computer and network security, he expects his chances of landing a well-paying job will be higher once he earns his bachelor’s.

After some research, Amoroso chose to take Computer and Network Security classes at WilmU, hoping that with his degree from the accredited university he’d land a great job in his home state of Delaware. He began working with College of Online and Experiential Learning Specialist Vin Favoroso to customize his degree path and discovered he could take a flexible schedule of courses that accommodated his busy lifestyle.

Amoroso learned that WilmU offers more than flexibility. It also recognizes the value of CompTIA certifications, and WilmU gives college credit to students who have completed these and other certifications.

“Having already completed my A+ certification in 2000,” says Amoroso, “I was able to avoid taking a class, saving me time and money.” With help from WilmU’s colleges of Technology and Online and Experiential Learning, several CompTIA certifications have been evaluated and aligned to college credit, which helps students accelerate their degree paths. For students not yet certified, a course in the Computer and Network Security program prepares them to sit for the CompTIA A+ certification exam. Thanks to the partnership with CompTIA, WilmU students also are eligible to receive competitive discounts on CompTIA exam fees.

Aside from receiving the great news that his certification would save him time and money, Amoroso found the individualized student services at WilmU to be exceptional.

“Working with my advisors and finding the right classes made my second college experience much less overwhelming,” he says.

Coming back to school after 27 years, like Amoroso did, is no easy feat. Students like him benefit from the one-on-one attention for which WilmU’s faculty and staff are known. Amoroso made the Dean’s List in the spring of 2016.

The partnership between CompTIA and Wilmington University is helping students like Amoroso thrive in the technology field and has provided many with accelerated and more economically advantageous pathways to earning degrees. Amoroso estimates he saved at least $1,000 by completing his A+ certification and transferring it into his WilmU degree program. In the end, saving students time and money is what the partnership is all about. WU