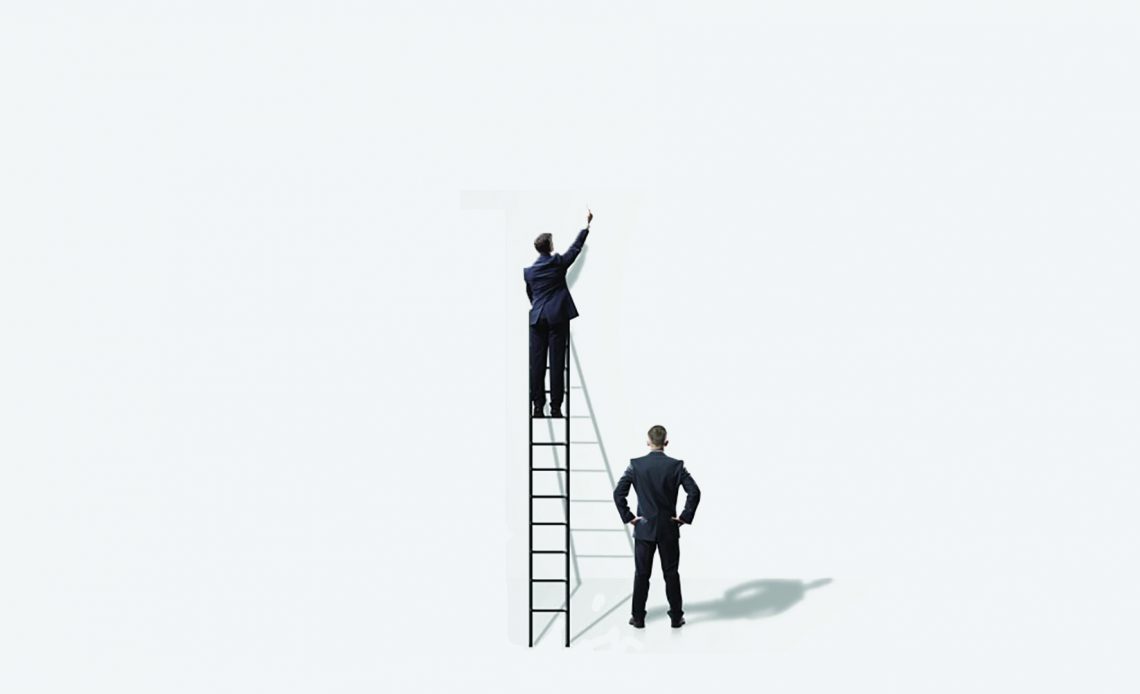 In order for Dr. Gregory Warren to complete his doctoral dissertation at Temple University, he needed to conduct a validation study of the Delaware State Police Academy.

His goal was to determine if the academy’s and the Delaware Council on Police Training’s standards were stringent enough to meet the demands placed on law enforcement professionals. Warren’s results were mostly positive, but he did identify five areas in which training was lacking significantly. He was just a young state trooper at the time, and his research could have posed a threat to his superiors.

But Col. Alan Ellingsworth, then the superintendent of the Delaware State Police, welcomed the findings, says Warren. “He assigned me to the academy and allowed me to further study the training issues identified in my study and more important, to implement the required changes needed to modify the standards and curriculum utilized for training police officers in Delaware.”

The scenario could have gone another way, says Warren, who is now the chair of the MSM program at Wilmington University’s College of Business. “Rather than being threatened or overlooking the results of the study,” he says, “Col. Ellingsworth embraced the information and immediately took the steps necessary to initiate the changes required to better prepare police officers to perform their duties more safely.”

Ellingsworth, who is currently a member of WilmU’s board of trustees and the director of security at the A.I. DuPont Hospital for Children, was confident enough to value what team members brought to the table, even if they had more expertise in certain areas than he did. He even promoted Warren to an administrator post. With Ellingsworth’s support, Warren was able to initiate more reforms in training standards and methods.

Warren flourished under great leadership, and Ellingsworth knew that Warren’s success was also his success. But not all managers are that secure. So subordinates have to manage up, a phrase that’s become ubiquitous in today’s workplaces. Managing up refers to employees who must find ways to thrive despite a lack of support, while at the same time working to improve relationships with their managers.

“Managing up transforms the stereo-typical employee-employer relationship by showing that the employee has the ability and takes the responsibility to improve organizational dynamics through cooperation and communication,” says Dr. Robin Weinstein, chair of WilmU’s human resources management program in the College of Business. “This affords the employee the opportunity to stand out among his or her peers as one with initiative, foresight, compassion and courage, which are traits that are lacking in today’s society, and yet are so needed.”

Weinstein’s doctoral dissertation, A Correlational Study: Governmental Leaders’ Faith Development and Their Perceived Servant Leader Behavior, explored a paradigm that placed emphasis on leaders’ motivations and not simply on the characteristics of leadership. “Motives matter when it comes to leading with integrity,” says Weinstein. “If one has the traits of a good leader but has the motivation to lead because of a desire to exalt self, then his or her efforts in leading may be questioned. Once the character of a leader is seriously challenged, it is difficult to regain the trust needed to lead.”

In theory, employees can manage up in positive ways by establishing that trust with their managers. But it gets complicated when the communication between them is impaired. “In dealing with difficult supervisor-employee relationships,” says Weinstein, “it is important that the employee be proactive in working to establish a better rapport.”

Subordinates should think objectively about their own actions as well. “Before going to the manager or anyone else, the employee who does not feel valued and trusted needs to ask themselves why this is the case,” says Weinstein. “Sometimes we may be doing something that is causing others to not value or trust us. Rather than feeling hurt or defensive, employees should take this as an opportunity for growth and introspection.”

On the other hand, great leaders are confident enough to embrace candid discussions with employees who feel disparaged. “It’s not about managing; it’s about leading,” says Dr. Robert Rescigno, director of WilmU’s DBA program, also in the College of Business. “The leader creates an environment for the subordinate to feel comfortable, to share ideas, to experiment and to be comfortable seeking advice. There is no threat between the boss and the subordinate.”

At least there shouldn’t be. If there is, the boss has not built the foundation for respectful working relationships. Managing up is not about bad bosses. It’s about building the supervisor-employee relationship so that professionals can work together. The assumption generally is that the subordinates should take the first step. If he wants to work in a less toxic environment, he has to find ways to approach a manager who is not as responsive or supportive as she can be.

“This is a poor assumption,” says Rescigno. “The responsibility for creating this environment rests with the leader. The leader must be comfortable in his or her skin, be willing to listen and to create a climate of learning and growth. The subordinate cannot control this. He or she is only a by-product of it.”

In a perfect world, says Warren, “the employee would not be shouldered with this responsibility because the best leaders are keenly aware of their employees’ wants, needs and desires, both personally and professionally. How else will the leader be able to assist them in their development and growth as a member of the employee workforce and valued team member?

“But as we know,” adds Warren, “there are still a great many supervisors, managers and leaders who do not recognize the value of really getting to know their employees well. The employee may need to be assertive enough to approach the supervisor in a manner that is non-invasive, non-threatening and non-judgmental.”

Employees manage up because they feel they have much to offer, but are too restricted to prove their worth under a certain regime. The good news is that things may not be as dire as they think. “This is a real problem in America today,” says Warren. “However, there are times when the employee isn’t necessarily not trusted or valued, but due to the large or disproportionate number of stressors the supervisor is experiencing lack of time, energy, appropriate resources he or she can’t be the kind of boss they want to and should be. So employees naturally perceive that they are not valued.”

In “The Speed of Trust,” author Stephen Covey reiterates the importance of trust in the workplace and how critical that trust is to ensuring high performance, says Warren. “I learned early in my career as a patrol sergeant in charge of a shift of state troopers who, as you can imagine, are known for having strong personalities that you must not only talk the talk, but walk the walk. You must communicate, communicate and communicate with every member of your team. At the same time, you should solidify your position and their trust in you by modeling the desired behaviors that are required for the team to perform highly, and ultimately fulfill the mission of the organization. If you don’t communicate it and support it with your actions every day, you will lose the trust and eventually the performance of your team members.”

There is a down side to managing up. “The manager can perceive it as undermining or stealing the glory, and can create a ‘who does he or she think she is?’ mentality,” says Rescigno. “The manager will then suppress the high flyer. The result is a frustrated employee, a suspicious manager and a toxic environment.”

Whether consciously or subconsciously, the reality is that some managers thwart the advancement of their subordinates. They may be jealous of someone’s accomplishments, frustrated in their personal lives, or pigeonholed in jobs they don’t like. When that is the case, the subordinate must either work through the situation, move to another department or leave the company altogether. But a more positive approach would be to take the high road and get to know a boss who appears distant. Perhaps winning his or her respect means having compassion for whatever situations they may be experiencing. If the manager chooses to remain apathetic after his subordinate has tried in earnest to break down barriers to communication, the employee can move on without regret.

“When stepping outside your comfort zone and possibly even placing supervisors in areas outside of their comfort zones,” says Warren, “you want to proceed carefully as to not be perceived as a threat or a rogue employee or one who is having trouble adjusting to the expectations of the boss or the organization as a whole.”

Like Col. Ellingsworth, effective leaders know that the success of their subordinates casts a positive reflection on them. And generally speaking, “most employees want to grow in their current positions and expand their roles and responsibilities within the organization,” says Warren.

Managing up can help a hard-working, loyal employee earn the respect he or she deserves. But good communication is a two-way street. Sometimes, the employee has to take a leap of faith and air grievances to her manager. A candid conversation could lead to a productive working relationship.

“However, the employee must work hard, act with the best interest of the team and organization and remain professional in all actions and behaviors,” says Warren. “Their timeline for reaping the rewards may not necessarily align with the organization’s needs, so patience is a virtue in the career development process. At the risk of sounding old-fashioned, we all must pay our dues to some extent if we expect to gain credibility and respect from both our colleagues and subordinates.” WU